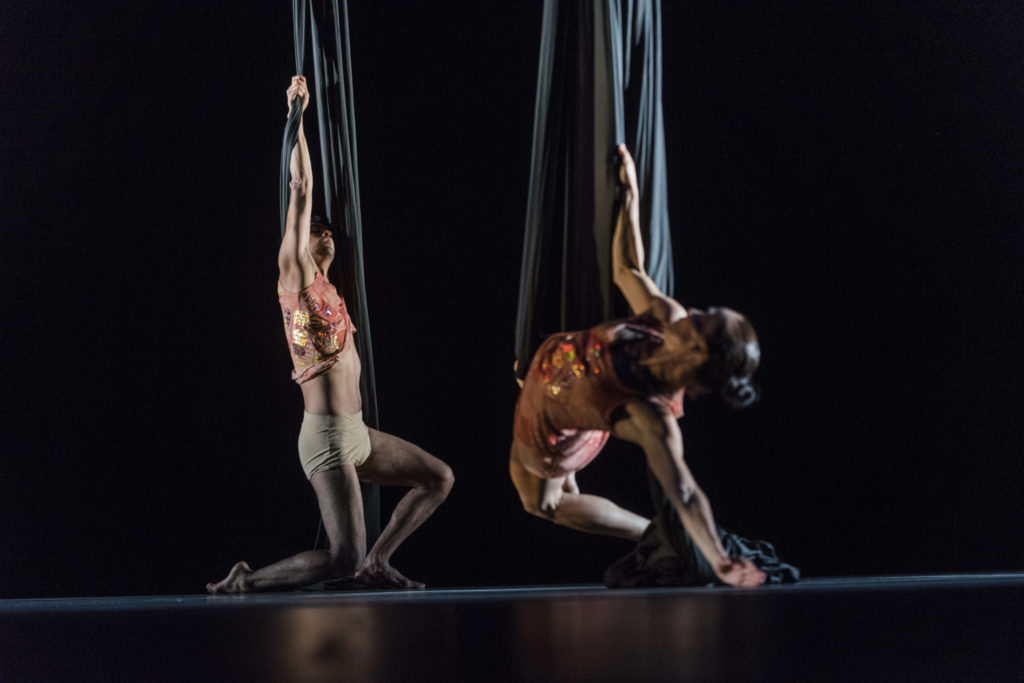 The music, performing arts and dance curatorial committees of this fourth edition of MAPAS have selected 169 artists, companies and agencies from 29 countries, out of the thousand requests that were received, to take part in the business roundtables. 51 of them have also been chosen to show their work on stage in samples and showcases open to the public.

The list of chosen proposalsFor both the artistic exhibitions and the business meetings of MAPAS 2021, it is the result of a selection process carried out by an advisory committee in two stages. Finally, in meetings held on September 13 and 14, the three curatorial committees (one per specialty: music, performing arts, and dance) chose the 169 proposals from 29 countries for the market (85 for performing arts and 84 for music). southern Europe, Africa and Latin America and the 51 proposals that can be seen in the artistic exhibitions.

The 50 % of the groups chosen for the live shows, both in music and performing arts, are from the Canary Islands. A total of 25 companies and artists, which are included in Canary Scene MAPS, make up a special chapter within the program of performances that includes the best-rated Canarian proposals in order to promote the reactivation of the local art scene.

The lists, both to participate in the artistic samples and showcases and in the business roundtables, are available at the following link: Artists selection.

The selection committee was made up of nine professionals from different countries with recognition in their respective fields and extensive experience in the areas of the convened performative arts (theater, dance, music, street arts and circus). Their profiles are detailed below:

Antonio GutiErrez (Gutie) He is a journalist and cultural producer. 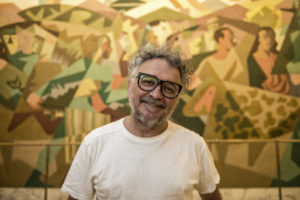 Creator of the Rec-Beat Festival, he is responsible for the direction and curation of the event, which takes place on carnival days in Recife, Brazil. Rec-Beat, which celebrated its 26th anniversary in 2021, is among the most important Brazilian festivals.

He is also the creator and director of the ANIMAGE (Pernambuco International Animation Festival) and CONTINUUM (Recife Art and Technology Festival) festivals. Founding member of ADIMI - Association for the Development of the Ibero-American Music Industry. Director of International Action at ABRAFIN - Brazilian Association of Independent Festivals. Manager of the multi-artist Getúlio Abelha, having already worked with the bands Mundo Livre S / A and Cordel do Fogo Encantado. 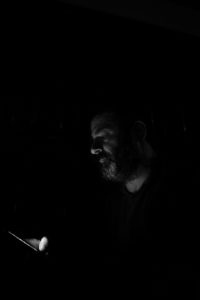 Carlos Fuentes is a Spanish journalist and music critic specialized in the sounds of Africa and Latin America. In the last three decades his articles, reports and interviews on music have been published in newspapers, music magazines and cultural digital media in Spain, Argentina, Cuba and Cape Verde. He has also collaborated in cultural radio and television programs. Author of the travel book The last of Cuba, the monograph The shooting. Rock in the Canary Islands and the disk-book Havana was a party, currently performs the African music space Semilla Negra on the official website of Casa África. 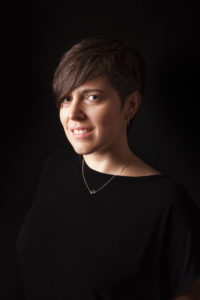 Ana Rodriguez, agent of change in the Latin American cultural industry, musical director with experience in communication, finance and business management. Representative of Troker, a Mexican instrumental jazz-rock band and co-President of the International Music Managers Forum (IMMF). Director of Relatable, a strategic analysis agency for the music industry that today leads the Music Mexico COVID-19 initiative. Ana is involved in many projects; some include mentoring, community learning, and networking.

Gustavo Zidán He is a manager and producer of performing arts. 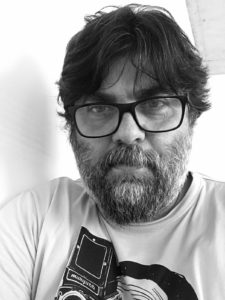 Since 2011 he has been the director of the Sala Verdi, a public institution dedicated to the performing arts, dependent on the Municipality of Montevideo, for which he programs the Ibero-American Theater Show, among other artistic-cultural activities.

In January 2018, he added to his management position at Sala Verdi that of Coordinator of the Terminal Goes Cultural Center, a space belonging to Municipality C of Montevideo.

He has been a theatrical producer, both in the national independent scene and in the National Comedy (official cast of Uruguay).

He is a graduate of the Margarita Xirgu Multidisciplinary School of Dramatic Art. He participated in dozens of international performing arts festivals and fairs with his own productions and also as a programmer or curator.

He was Executive Director of the Nelly Goitiño Auditorium of SODRE and Programming Coordinator of the El Galpon Theater. He was a member of the Executive Commission of Montevideo Ibero-American Capital of Culture 2013.

For years he has been a member of the Network of Cultural Promoters of Latin America and the Caribbean and is currently a member of REDELAE Red Eurolatinoamericana de Artes Escénicas, an organization of which he is a founding member.

He has taught in the Undertaking Culture program of the ORT University, teaching the subject Management of Cultural Enterprises and in the Training Program for Cultural Developers of the Zelmar Michelini Foundation. In mid-2020, he joined the Casa de la Cultura de Libertad / San José as an honorary advisor and from 2021 on he joined the Board of Directors of that institution in his hometown. 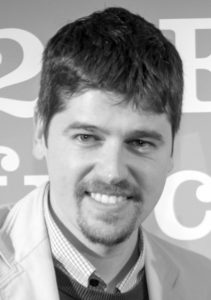 Alexander of the Saints He is a cultural manager, has a degree in Communication from the University of Seville, a master's degree in Intercultural Management and Communication from the Sorbonne - Paris IV and a postgraduate degree in International Relations from the Technical University of Lisbon. He has worked as a cultural manager at the Spanish Embassy in Mozambique and in various projects related to the performing arts in Tunisia, Mali and Niger. He has been a professor at the University of Brasilia and responsible for the parallel activities of the African Film Festival of Tarifa-Tangier. He is currently Head of Relations with Africa at MAPAS - South Atlantic Performing Arts Market and Coordinator of the Harmatán Festival of African performing arts. He is the founder of the digital magazine Afribuku, on contemporary African culture, author of the book Mafalala: Cultural Guide to the Historic District of Maputo and co-founder of the African literature collection, Libros del Baobab. 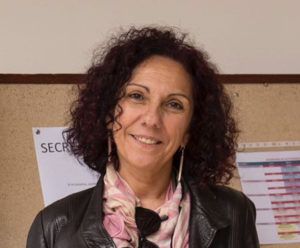 Maria Sanchez She currently holds the position of Vice President of the Spanish Network of Theaters, Auditoriums, Circuits and Festivals of public ownership and is part of the Theater and Circus, Training and Knowledge and Inclusion commissions. In addition, he also holds a position on the Committee for the Selection of Shows of the Network of Theaters of the Community of Madrid.

With a degree in Geography and History, with a specialty in Art History, and a Master in Cultural Management: Theater, Music and Dance, both from the Complutense University of Madrid, María Sánchez has developed sociocultural animation programs related to the performing arts at the City Council of Móstoles since 1993. Currently he directs the Municipal Theater of the city, the Forest Theater, and the Performing Arts Area of the Department of Culture and Social Welfare. Designs and coordinates projects and content of the different lines of professional programming and grassroots theater, as well as the pedagogical development of the area.

Jose Luis Rivero He currently works as Artistic Director of Auditorio de Tenerife and is directly responsible for the programming, production, educational and audience development areas. 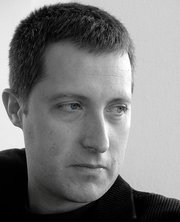 International consultant in processes of internationalization of culture, development of audiences and strategic plans. The fields of action focus on opera, contemporary dance, Ibero-American theater and the theory and management of Culture.

Graduated in Spanish Philology and Diploma in Tourism, he has several master's programs in cultural management. As a professor at various universities, he has developed his research side in the fields of literature, theater and dance, and cultural management, with a broad curriculum as a speaker at national and international meetings. Always linked to the world of culture and education, both in the public and private fields, he has held positions of state responsibility in Spain: President of the Spanish Network of Theaters, Auditoriums, Circuits and Festivals of public ownership, President of the Educational Network of Auditoriums and Symphony Orchestras, has been one of the drafting speakers of the State Dance Plan and is a member of various national and international music, dance and theater commissions. Member of the European program ADESTE (Audience Developer: Skills and Trainig in Europe) and Mentor from the University of Deusto for the Expert in Cultural Audiences and the Expert in Public Strategy. He is an active member of entities such as Opera Europa, OLA-Ópera Latinoamericana, RESEO (European Network for Opera and Dance Education), International Network for Contemporary Performing Arts (IETM), Euro-Latin American Network of Performing Arts REDELAE, Open Sky Network for Dance in Non-Conventional Spaces and the Association of Cultural Managers of the Canary Islands. 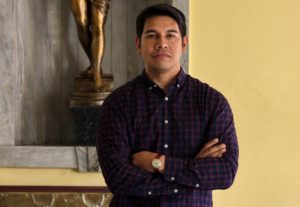 Juan Pablo Lopez is a social communicator - journalist with a master's degree in Cultural Development and International Project Management from the University of Lyon in France. He began his professional career as an advisor to the Secretariat of Culture of Cali, later he served as Cultural Director of the French Alliance of Cali for 10 years and recently worked as an advisor to the Office of the Minister of Culture between 2011 and 2018. He has been Coordinator of Palco, Performing Arts Platform of the Ministry of Culture, Coordinator of Performing Arts for the France-Colombia year in association with the French Institute and was co-director of the Mercado de Industrias Culturales del Sur, Micsur 2016, developed in Bogotá. Since 2012 he is the Artistic Director of the Cali International Dance Biennial. 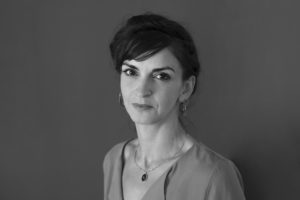 Born in Argentina, Jasmine chiodi She began her dance career at an early age before continuing her studies and professional practice in France. In 2005, her professional and private life took her to Ireland, where she initially developed her artistic work in independent dance companies.

In 2008, in collaboration with Alexandre Iseli, he undertook his own choreographic work under the name Iseli-Chiodi and started the Tipperary Dance Platform programs and festival.

His choreographic work with the Iseli-Chiodi dance company has produced more than a dozen pieces that have toured in Ireland, France, Germany, Switzerland, Spain, the United States, Mexico, Venezuela, Brazil, Bolivia, Korea, Tunisia and the United Kingdom.

In 2015, she graduated with a Master of Arts and Festivals with First Honors from the University of Limerick.

As festival director and project manager, Jazmin has been curator and programmer of 12 editions of the TDP International Festival and currently (2021) she has been appointed Artistic Director of the Dublin Dance Festival for the next three years.

Jasmine is also an accomplished dance educator who teaches classes in a wide variety of settings, from children to seniors, amateurs to professionals, as well as academic training. Since 2010 she has been a professor at the Irish World Academy of Music and Dance at the University of Limerick. In the academic context, it also contributes to research projects such as: Research Groups of the Intelligence Unit for the candidacy of Limerick 2020 as European Cultural Capital, Group of Consultants of Cultural Policies of Limerick, Health Laboratories coordinated by Dr. Niamh NicGhabhann and Dr. Ann-Marie Ryan.