Santiago Arroyo Serrano: "There is a lot of artistic capacity but the tools are lacking" 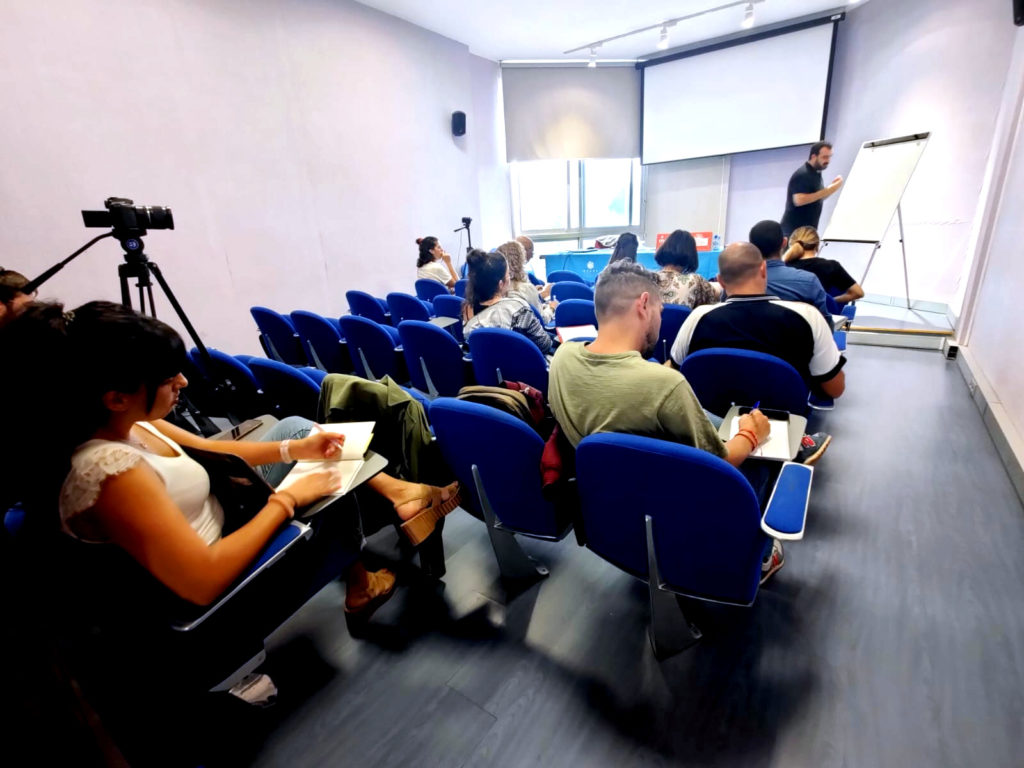 "Professionals have a lot of artistic ability but they lack the tools to know the context, the environment, and plan how they are going to present the proposal," says Santiago Arroyo Serrano, a doctor from the University of Salamanca specializing in cultural management in the public sphere and private with 20 years of experience, and president of the Ibero-American Foundation for Cultural and Creative Industries and member of the board of directors of the European Network of Cultural Centers (ENCC.eu). Arroyo Serrano made these statements at the inauguration of the first Campus MAPAS 2022 workshop, this Thursday at the Cuyás Theater in Las Palmas de Gran Canaria, in which he gave the presentation The creation and implementation of a scenic project, and that this Friday, May 13, in the Pérez Minik Room, in the Espacio La Granja, in Santa Cruz de Tenerife, from 9:00 a.m. to 1:00 p.m.

He is also a professor of performing arts management and attached to the Ibero-American Chair of Cultural and Creative Industries of the Miguel Hernández University of Elche and main consultant of LPA Impulsa, the program of the City Council of Las Palmas de Gran Canaria to promote cultural and creative industries , highlighted in his speech that “this first session of Campus MAPAS is interesting for professionals because it raises how to start a project, which is the biggest challenge. Then, when the projects are under way, other complications arise, but the great challenge is the implementation of the project, and the mechanisms, problems and limitations and how to overcome them When we have a scenic proposal, a new production”.

According to the expert, “the key is to define the strategy and the planning of where we are going to arrive”. In fact, in this first workshop in the Cabildo de Gran Canaria space, the emphasis was placed on "knowing what is being demanded, the tools that are available, even the impulse aid, because the sector with the pandemic is more fragile and there are many initiatives that are supporting it”.

In the current context, Arroyo Serrano highlighted the role played by MAPAS 2022, a market organized by the Government of the Canary Islands, Cabildo de Tenerife, Cabildo de Gran Canaria, unahoramenos and Circulart, which is held in Gran Canaria and Tenerife from July 4 to 9 , and in particular the training commitment in the MAPAS Campus workshops. These types of forums are very important because they allow exchange, dialogue, connection and communication, which are fundamental”, he specified. In addition, and in his opinion, "the pandemic has caused people to become unaccustomed to stage events, and it is important to give visibility that there is a powerful united sector and that there is activity." The professionals attending the workshop were informed of the need to make an effort to “convey that culture is safe”, and that “after the pandemic there are a number of opportunities; During the pandemic, culture had its leading role, thus supported as an essential activity, a universal right, and now it is necessary to channel it and these types of events such as MAPAS are essential for this.”

The ways of communicating have changed as well as the rules of the market, and professionals have to know how to handle themselves in a constantly evolving environment. “Everything has changed in the age of the internet and the information society, the tools too, good and bad”, emphasizes Santiago Arroyo Serrano. The expert in cultural management assures that this situation requires a differentiated strategy from the Archipelago "because we have the perversion that an artist or a producer or company from Gran Canaria or Tenerife needs large agents or national companies to be able to reach people". And it is that, as Santiago Arroyo Serrano correctly recalls, "the public enters search engines and you have to master these techniques, that is what other colleagues will also talk about in other workshops, but you have to know how these digital tools allow us to know the market trends, what is what the public is looking for, and you have to know how to handle these digital skills. In this we delve into entrepreneurial skills, to raise funds, the ability to create stories, to narrate, and digital skills are key in the stage sector.

The sessions of Campus MAPS, after the intervention this Friday by Santiago Arroyo Serrano in Santa Cruz de Tenerife, will continue on May 19 and 20, with Toni González who will present the workshop Internationalisation and pathways to international circulation; and Merce Puy will talk about Management and administration of performing arts companies and venues on May 26 in Gran Canaria and on May 27 in Tenerife. On June 2 and 3 in Gran Canaria and Tenerife, respectively, the workshop will be given Approach to administrative contracting, with speakers yet to be confirmed. Ana Belén Santiago and Octavio Arbeláez will be together in the sessions of June 9 and 10 that are entitled How to participate effectively in markets and fairs; On June 16 and 17, Pepe Zapata will give Digital marketing and new platforms; and on June 30 and July 1, Patricia Carrera will speak about Music synchronisation.

The sessions in Gran Canaria take place in the press room and in the Josefina room in the Torre del Teatro Cuyas, and in Santa Cruz de Tenerife in Sala Pérez Minik, in Espacio La Granja. 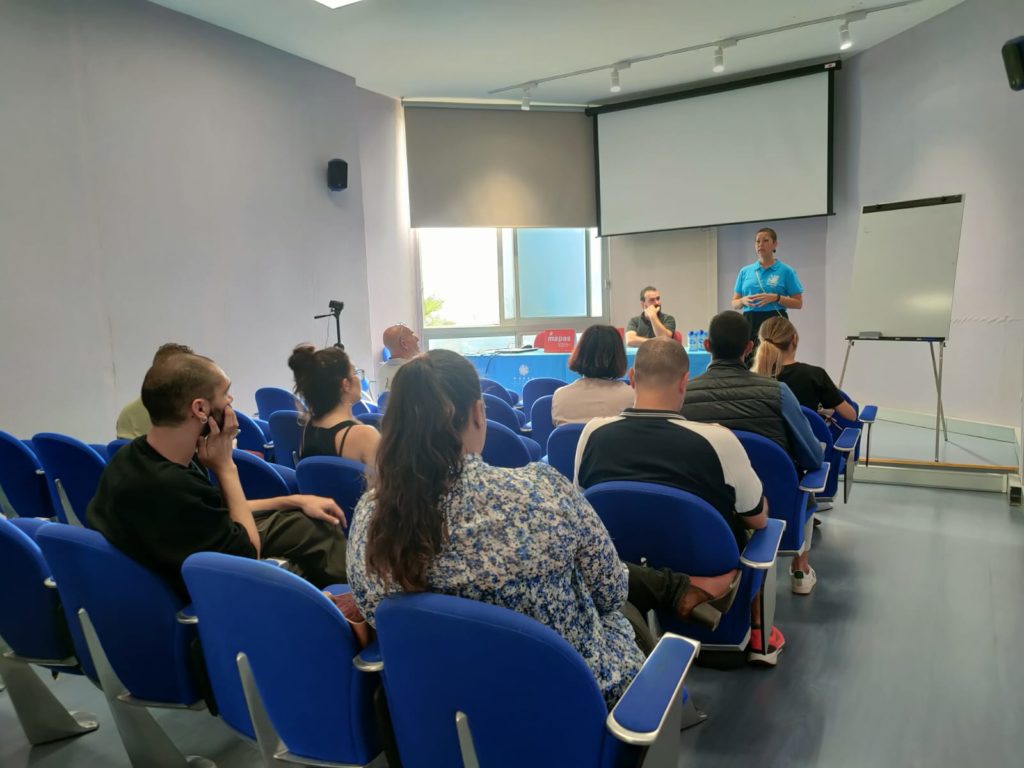 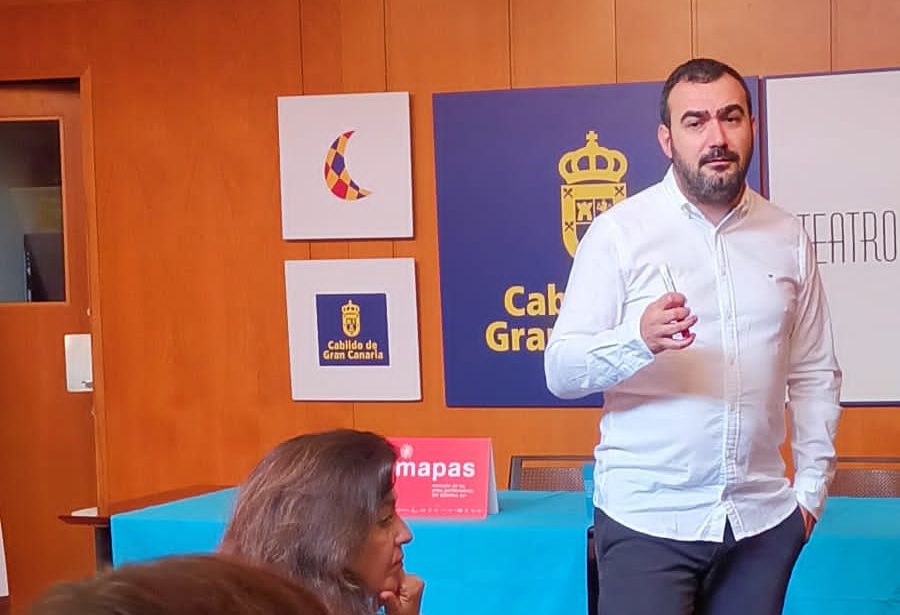