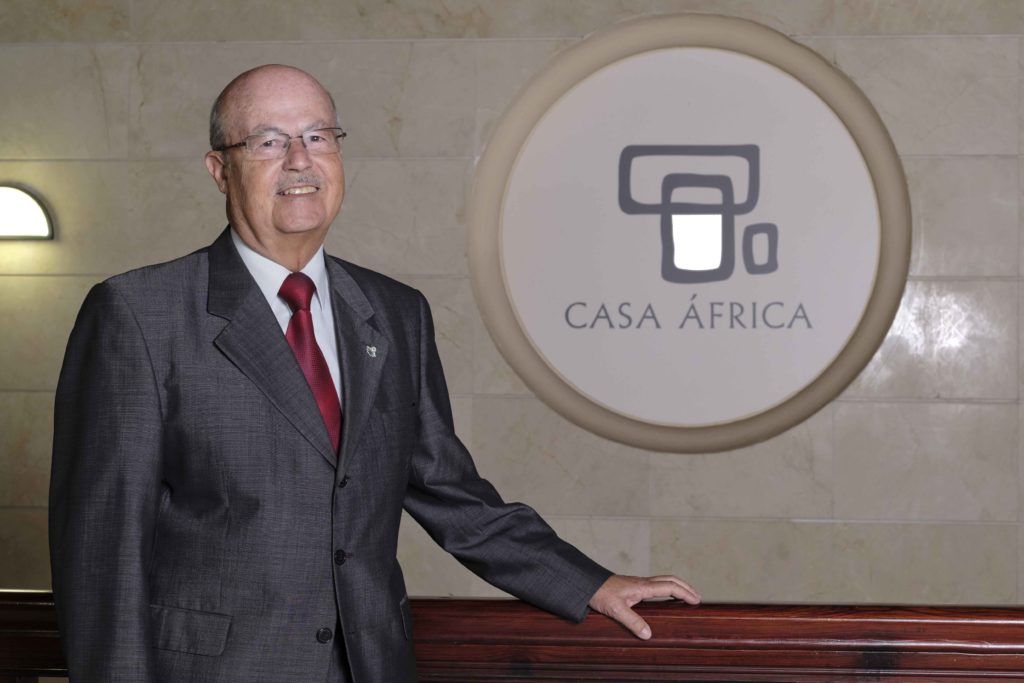 The Canary Islands have lived with their backs to the African continent "in a not so distant past," says José Segura Clavell with knowledge of the facts. The current director general of Casa África, will receive this Wednesday, December 15, as a representative of this institution based in Las Palmas de Gran Canaria, the Illustrious Cartographer 2021 award granted by MAPAS. The proximity of this entity with the African continent and his own experience also allow him to speak clearly of “our relative amnesia” and of how “we ran into the crisis of the cayucos at the beginning of this century and that has forced us to return to look to Africa ”seeking to promote relationships of equals and mutual benefit.

-For someone who does not know this institution, what is Casa África?

The house is a public consortium, participated by the Ministry of Foreign Affairs, European Union and Cooperation, the Government of the Canary Islands and the City Council of Las Palmas de Gran Canaria, which was established in 2006. From Casa Africa initiatives and projects that they promote peer-to-peer and mutually beneficial relations between Africa and Spain, which bring us closer together. We do it through knowledge, trust and alliances that contribute to social, economic and cultural development on both shores.

- Do you think that Canarian society lives with its back to Africa? What role can MAPAS play in this regard?

I think it could be said that we lived with our backs to Africa in a not so distant past, but also that we have the basis of a rich and not inconsiderable history of exchanges and closeness with Africa, as the tricontinental bridge that we are, through whose ports and airports we have established avenues of intense communication with our African, European and Latin American neighborhoods.

It seems to me that our relative amnesia at the end of the 20th century ran into the cayuco crisis at the beginning of this century, which forced us to look at ourselves again in Africa. I believe that, despite the regrets, we find ourselves in a different and better scenario now, a renewed interest among citizens, institutions of public administrations, artists and all strata of our societies.

MAPAS has a central role, because it brings facets of African creativity to the canaries and counteracts, with performing arts and music, dramatic or stereotyped images that we see in the media and that must be completed with other stories and visions.

- Casa Africa collaborates with MAPAS. What kind of collaboration exists?

Cultural diplomacy is a fundamental leg of Casa África's work and we have a very active Culture and Education area present both in the Canary Islands and in the rest of the national territory and in Africa, through collaborations with festivals, institutions, artists and others. allies of all kinds.

MAPAS is one of those allies with whom history, interests and why not say it, darling. After all, the name of MAPAS is also linked to the figure of our beloved Antonio Lozano, a true wise man and cultural agitator who managed to put us in contact through many initiatives. With MAPAS we collaborate by facilitating the presence of African groups, supporting them through procedures with visas and financing.

- At the diplomatic level, how are relations between Africa and the Canary Islands currently? How has COVID-19 influenced these relationships?

I believe that relations between the Canary Islands and the African countries (especially the closest ones, which are located on the western coast of the continent like ourselves) are increasingly fluid, intense and fruitful. Diplomacy is a matter of states and is reserved for our ministry, but I can venture to say that the Canary Islands practice a kind of soft diplomacy with the African students who come to train among us, the Canarian teachers and students who move to the African continent to learn and collaborate or common projects that unite our artists, librarians, journalists and writers, to name a few sectors.

The Covid has meant an alteration in our relations with each other and with the world, including the African continent. I write frequently on the subject and what I would like to review is that Africa has handled the pandemic reasonably well while the pandemic and we are taking it out on them.

In the first place, because the western world, more privileged, to which we belong, has dedicated itself to hoarding vaccines and knowledge in the most unsupportive way, preventing the immunization of the African continent and opening the door to new strains and global insecurity. Second, we have isolated part of the African continent for demonstrating transparency and warning us of the existence of the omicron variant and all the restrictions and disruptions in trade and communications are strangling African economies. Third, and in the specific case of the Canary Islands, an attempt has been made to link the disease to migration and further stigmatize those who risk their lives to reach our shores, also in a totally unfair and unreasonable way.

- What does it mean for Casa África to receive this award from a cultural event such as MAPS?

It is a pleasure and a privilege. The recognition of our work for such an interesting, pioneering and bridging initiative between cultures fills us with joy and satisfaction and encourages us to follow the path of public diplomacy, cultural diplomacy and a shared and collaborative vision of the world.