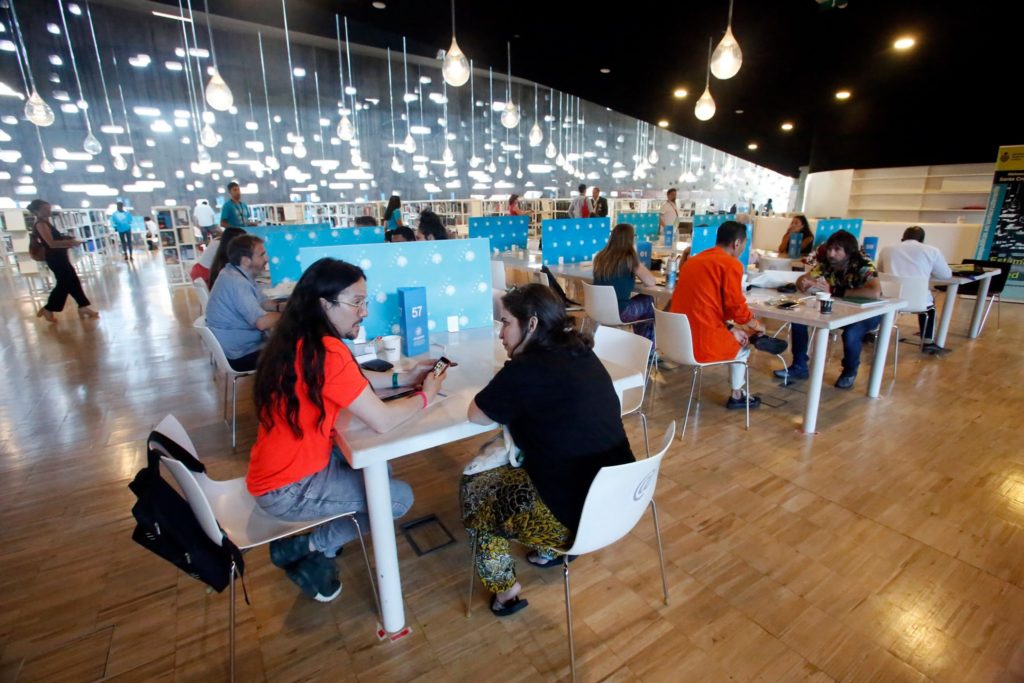 On Wednesday 15 December, the programme for day two of the fourth edition of the South Atlantic Performing Arts Market, MAPAS, will see the networking event and six showcase performances take place at leading cultural venues across Las Palmas de Gran Canaria. Entry to all the showcase performances at MAPAS 2021 is free but tickets must be reserved at mapasmercadocultural.com.

Programmers from 33 different countries will be gathering at the MAPAS networking event at Edificio Miller, where they’ll meet 73 theatre, dance and circus arts groups from Africa, Latin America and southern Europe. The aim of the event is to encourage mobility and inclusion of South Atlantic performing arts in leading cultural distribution circuits.

Artists, booking, management and distribution agencies and cultural managers or programmers will be able to connect directly at a series of scheduled meetings. These meetings will last for 12 minutes, bringing the supply (artistic groups or agencies) and demand (programmers at cultural venues, festivals and other events) sides of the performing arts sector face to face so that they can set up partnerships, deals or agreements.

The networking events are a cornerstone of MAPAS. Based on a scheduling platform developed by the organisers, the successful model has enhanced MAPAS’s reputation on the world stage.

MAPAS will also be awarding the Cartógrafo Ilustre Award 2021 to Casa África on Wednesday, rewarding the organisation’s commitment to promoting and developing African culture beyond the continent’s borders. The awards ceremony will take place at Edificio Miller at the end of the networking event.

As well as these professional activities, six international performances will be held at theatres in Las Palmas de Gran Canaria. They are open to the general public but free tickets must be booked online. The first performance will be held at Teatro Guiniguada at 16:00, where Poliana Lima will perform ‘Hueco’, a contemporary dance solo exploring identity.

At 17:10, the Aïda Colmenero Díaz company will be performing ‘2 de noviembre, el quitador de miedos’ (2 November, The Fear Remover) at the CICCA. The play explores fears surrounding birth and death. The Canarian companies Natalia Medina Dance Company and Cía Nómada will be performing ‘Petitdanza’ and ‘El Pastor’ (The Shepherd) at Teatro Pérez Galdós and Sala Insular de Teatro at 17:20 and 18:30 respectively.

At Teatro Cuyás at 20:20, Congolese company Espace Tiné will be bringing their show ‘Rhapsodie’ to MAPAS. The day will close with a performance of ‘Josefina la gallina puso un huevo en la cocina’ (Josefina The Hen Laid An Egg In The Kitchen) by Mexican company Vaca 35, which will begin at 22:05.