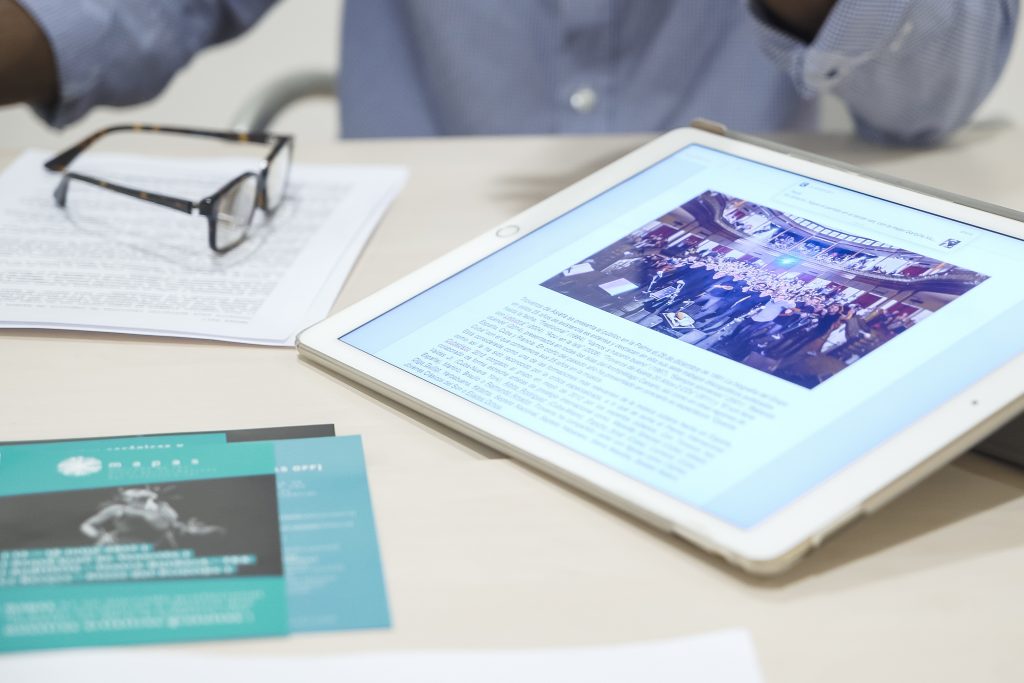 From March 12 to 16, two workshops will be held at the Tenerife Auditorium, led by the Chilean Tomás Muhr and the Brazilian Marcelo Bones, who will teach this training free with personalized sessions and limited space.

MAPAS, the Market of Performative Arts of the South Atlantic, its training offer begins in March, aimed at promoting and strengthening the performing and musical arts industry, one of the main objectives of this ambitious cultural commitment.

The first two training actions included in MAPAS 2018 aim to strengthen the viability of musical projects and help launch stage shows internationally, and are aimed at groups, companies and artists who signed up for the second edition of this business market of the live arts from southern Europe, Latin America and Africa.

Will be made from March 12 to 16 at the Auditorio de Tenerife, and will be taught by leading professionals, such as the Chilean Tomás Muhr, musician and expert connoisseur of the music industry, and the Brazilian Marcelo Bones, director and theater programmer with extensive experience in the management of the performing arts.

The sessions of both workshops, which will be held simultaneously, will be personalized for each beneficiary company, group or artist, with a duration of an hour and a quarter each day, and have limited space. Those interested must register through the following form.

The first proposal in the running will be borne by Tomás Muhr (Chile), through the 'Workshop for the strengthening and development of a musical project', that will offer an intensive training that will address all the key concepts of the current music industry and will help to configure an action plan according to the reality of each artist or group, setting achievable goals in the short and long term. Some of the contents of this proposal will deal with the recording and publishing field, legal forms and rights management, repertoires, formats, shows and tours, production needs, rider and representation or communications, relationships and project financing , among others.

Muhr is the director of the Latin American Music Industry Meeting (IMESUR) and responsible for independent musical projects such as La Makinita, also having extensive experience in the representation of artists and in the musical production of numerous tours in America and Europe. Component and manager of the Juanafé band, he is also the founder of the Latin American Association of Musical Managers (MMF LATAM).

Simultaneously, Marcelo Bones (Brazil) will be responsible for the workshop called 'Training: paths for international circulation', whose objective is to unravel the international network for the commercialization of stage shows and teach all the fundamental elements useful for companies and producers when establishing an effective strategy to open up new markets. The beneficiaries will be able to know in detail aspects such as the circulation dynamics of theatrical shows and their main festivals and rooms, the appropriate materials for their promotion and sale, how to face business conferences with programmers or the strategic planning for the internationalization of stage proposals. 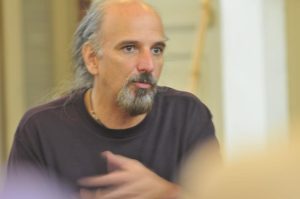 Bones is theatrical director, programmer, consultant and advisor to important Brazilian theater festivals and coordinator of the Observatory of Festivals, for Brazilian theater development. Between 2009 and 2011 he was director of performing arts of the National Endowment for the Arts of Brazil (FUNARTE) and between 2015 and 2016, he was responsible for the theater area of the National Policy of the Arts of the Ministry of Culture of Brazil.

In addition to the business roundtables and the multiple artistic exhibitions planned for the main days of MAPAS, between July 11 and 15 in Santa Cruz de Tenerife, the training begins to take center stage from this month in March. Precisely, the training section is one of the pillars of this innovative initiative, since it is a fundamental element for the development of the musical and scenic industries, which does not usually receive the consideration it requires. MAPAS is based on the conviction that there is no cultural industry without solvent structures that allow its growth and viability.

It should be remembered that in recent days the list of the 220 selected musical and scenic projects for the business appointments of the second edition of MAPAS, after a complicated task of its advisory committee to choose between the more than 1,300 proposals that were registered. Thus, artists and live arts projects from almost 40 countries in Spain, Portugal, Africa and Latin America will meet in July on the island of Tenerife, for business rounds with programmers of venues and festivals from around the world and, in some cases, also for more than fifty public exhibitions that will take place free of charge in multiple venues in Santa Cruz de Tenerife.

MAPS constitutes one of the most ambitious cultural bets of the Cabildo de Tenerife, with the intention of making possible an ecosystem of cultural encounter and exchange that turns the island into the backbone of the cultural and creative industries of the South Atlantic, while promoting the internationalization of local artists and establishing the island as a quality destination, competitive and at the forefront of culture.

This Market of Performative Arts of the South Atlantic is an initiative of the Cabildo de Tenerife, Unahoramenos and Circulart, with the collaboration of the Auditorio de Tenerife, TEA Tenerife Espacio de las Artes, Santa Cruz de Tenerife City Council and the Canary Islands Government.