250 projects selected for the fifth edition of MAPAS 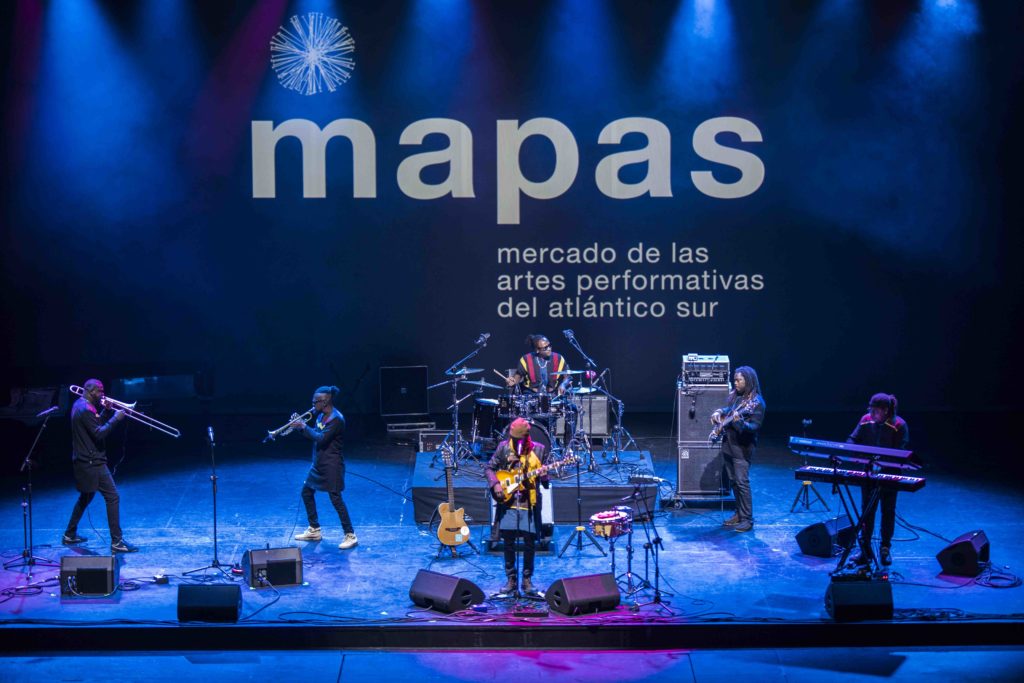 The networking events for the market, which will be held in Gran Canaria and Tenerife from 4 to 9 July, will be attended by 250 artists and companies: 143 from the performing arts and 107 from the music industry

There will be 57 showcase performances, including 44 concerts and 13 performing arts shows.

The curatorial committee for the South Atlantic Performing Arts Market, MAPAS, has selected 250 projects from the music and performing arts sectors to participate in the networking events and showcase performances at the market. Thousands of applications for the 2022 edition were received from 74 different countries. MAPAS 2022, organised by the Canary Islands Government, the Cabildo de Tenerife, the Cabildo de Gran Canaria, unahoramenos and Circulart, will be held in Gran Canaria and Tenerife from 4 to 9 July.

Among the 250 projects selected by the curatorial committees for the networking events and showcase performances for the fifth edition of MAPAS, 107 are music groups from the regions covered by MAPAS—Africa, Latin America and southern Europe, with a particular focus on the Canary Islands—and 143 are performing artists or companies.

The networking events for MAPAS 2022 will be attended by a total of 250 artistic groups, with 143 performing arts groups, including theatre, dance, circus and street arts, and 107 music groups in different genres. Fifty-seven of the chosen artists are from the Canary Islands. The organisers and curatorial committees also selected 25 agencies and production, booking and management companies, including 5 with headquarters in the Canaries.

With regard to the showcase performances, 57 artists have been selected to appear on the programme for MAPAS 2022, including 44 musicians and 13 performing artists.

The networking events and music showcases will be held from 4 to 6 July at several venues and locations across the island of Gran Canaria: the Edificio Miller near Santa Catalina park will be used for the networking events, while the showcase performances will take place at the Centro Insular de Deportes in the island’s capital. Open-air venues in the municipalities of Agaete and Arucas will also feature on the programme for MAPAS this year for the first time. The activities for the performing arts sector will be held at leading cultural venues in Tenerife from 7 to 9 July: the networking events will take place at the Biblioteca de Tenerife Espacio de las Artes, TEA, while the theatre, dance and street arts shows will be divided between the Auditorio de Tenerife Adán Martín, Teatro Guimerá, Espacio R and Espacio La Granja.

With regard to the origin of the artistic groups selected to participate in the networking events at the fifth edition of MAPAS, more than 40 of the music groups hail from Spain and the Canary Islands, followed by Latin America with 31 groups and Africa with 18 groups. As for the performing arts groups selected for the networking events, the majority are from Spain (around 100), followed by Latin America, Africa and, to a lesser extent, other countries in Europe.

A similar proportion of Spanish agencies will be attending the networking events, with 19 agencies from Spain, including 5 from the Canary Islands. Four of the remaining agencies are from Latin America, while one African agency and one European agency will also be participating.

A total of 57 showcase performances, including 44 concerts and 13 performing arts shows, have been scheduled by the organisers of MAPAS, who have proven their ongoing commitment to boosting and promoting the Canary Islands arts scene by ensuring that a quarter of the selected groups are from the archipelago. Of the 44 music groups that visitors will be able to enjoy live, 13 are from Africa, 10 from the Canary Islands, 8 from other parts of Spain, 4 from Latin America and 1 from Portugal.

Eight music groups will be participating in MAPAS 2022 as part of international agreements with government institutions: 6 from Latin America and 2 from Canada, which are of Cuban and Congolese origin.

With regard to the performing arts showcases, 4 of the 13 artists or groups selected are from the Canary Islands, 1 from another part of Spain, 3 from Africa, 3 from Latin America and 2 from Portugal.