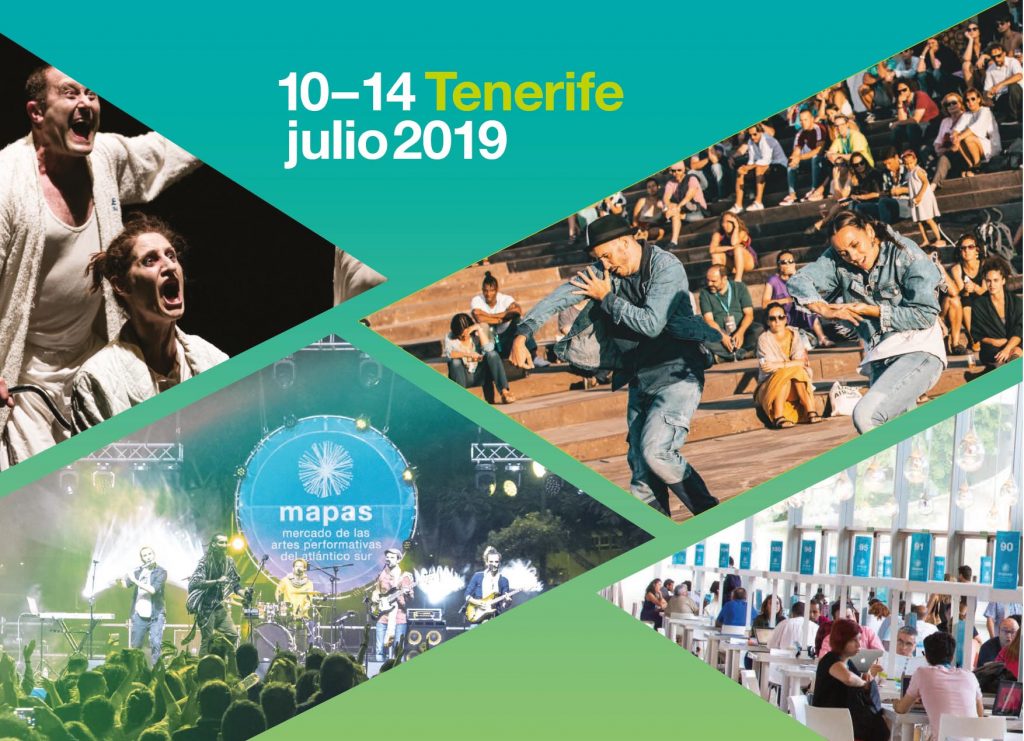 The Market of Performative Arts of the South Atlantic, MAPS 2019, the process of  curatorship with the selection of 193 artistic groups and booking agencies, management and distribution of 36 countries out of the 874 applications that were submitted to participate in the business roundtable and in the artistic exhibitions that will be held in Tenerife between July 10 and 14. A total of 42 companies and musicians come from the Canary Islands.

All these agencies and artists will take part in the MAPAS 2019 business roundtable and from among the latter, the selection committee has chosen 67 companies and musicians for the artistic exhibitions of theater, circus dance, street arts and music to be held during the Market. In total, there will be 36 musical groups and 31 performing arts groups from 26 countries that will meet in Tenerife to perform before programmers from around the world and the general public. The settings for these shows will be TEA Tenerife Espacio de las Artes, Tenerife Auditorium, Plaza Alisios, Guimerá Theater, La Granja Theater and Museum of Nature and Archeology.

The Mercado de las Artes Performativas del Atlántico Sur, organized by the Cabildo de Tenerife, unahoramenos and Circulart will celebrate its third edition for five days with a complete program in which, in addition to business meetings and performances, training activities, conferences, workshops and professional meetings with the aim of giving international projection to the artistic proposals of creators from the three continents (Africa, Latin America and Southern Europe), and of strengthening the structures of the creative industries, taking the island of Tenerife as a platform, through a market professional already consolidated.

MAPAS 2019 participants will arrive from very different originss, with 65 groups from Spain and Portugal, of which 42 are from the Canary Islands; 58 creators from 13 Latin American countries; and 37 artists from 21 countries will arrive from Africa to participate in business meetings and artistic exhibitions. These, in turn, will be led by 25 groups from 11 Latin American countries; 23 artists and musicians from Spain and Portugal; and from 13 African countries another 19 artistic projects will arrive to perform in Tenerife. The increase in the African presence in this third edition has been very significant.

The MAPAS 2019 program will offer attractive content, such as the Network Meeting, which will bring together representatives of institutions that promote music and the performing arts around the world in Tenerife, with the participation of the Association for the Development of the Ibero-American Music Industry (ADIMI), Global Music Market Network (GLOMNET), the Euro-Latin American Network of Performing Arts (REDELAE) or the Network of Theaters and Auditoriums of Spain (REDESCENA).

The inaugural show will be in charge of Lava, the resident dance company of Auditorio de Tenerife, which will present its next production to open this third edition of the great event for the performing arts and music. The director of the National Institute of Fine Arts of Mexico, Lucina Jiménez, will deliver the inaugural conference of MAPAS 2019, in which she will speak about How to work together. Networking.

The Mercado de las Artes Performativas del Atlántico Sur returns for its third edition to once again turn Tenerife into international benchmark for performing arts and music, occupying the main cultural venues and spaces of the capital in a proposal that combines professional management with artistic exhibition, training and the exchange of experiences and knowledge.