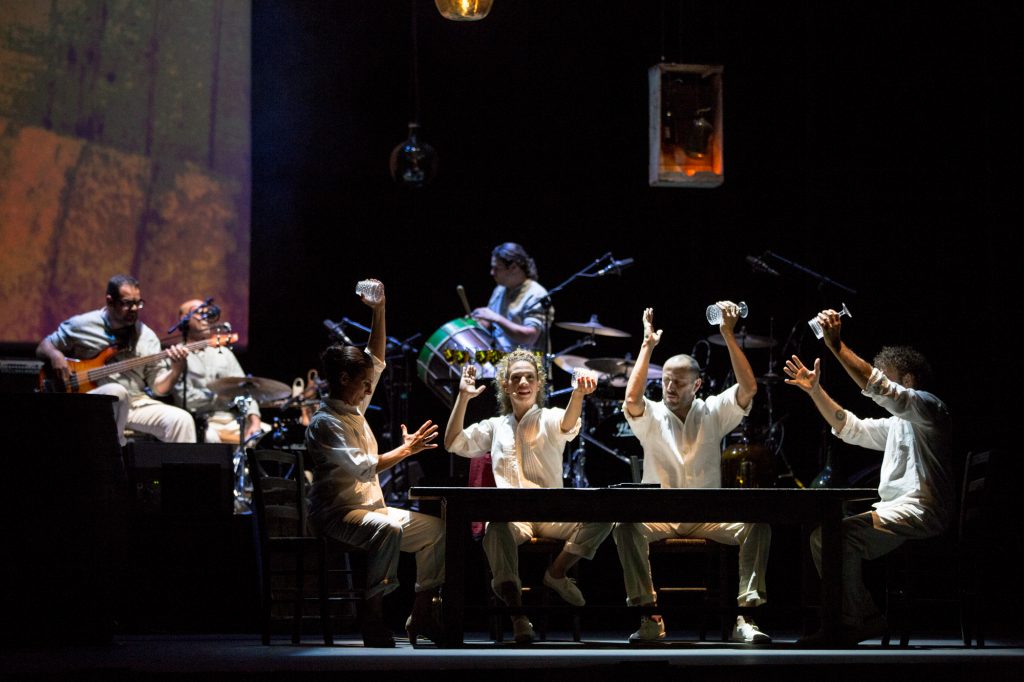 The second edition of MAPAS began today Wednesday with a root show in which artists from different disciplines joined their talents in the Symphonic Hall of Auditorio de Tenerife to accompany the audience on a journey through the music and stories that connect the Canary Islands with the world through wine . The timplist and composer Benito Cabrera and the dancer and choreographer Jep Melendez they put themselves in front of Canary Islands: came to the world, an original production by South Atlantic Performative Arts Market marked by a central axis: interculturality, one of the most representative values of MAPAS.

Different rhythms and melodies put a soundtrack to the story of Guacimara Gil, who provided the common thread to this show, a musical and percussion explosion. Tasting the story, telling the wine, from the signing of the North American Declaration of Independence, to the references in the works of William Shakespeare, the public was immersed in the many anecdotes and references that connect the Canary Islands with the trajectory of various countries and some important names in western culture.

On stage, David García Regalado, Jep Meléndez and Yolanda González Sobrado were the dancers who gave life to the different narratives that united the malvasías or the listán negro with root music and dance. Along with them, barrels, bottles, glasses sounded, while they paired with different choreographies, images and body percussion. 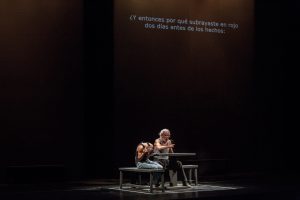 The proposal combines movement, actor-dancers and live musicians in an invitation to the public to participate in a journey through the sensations of wine and creativity. Benito Cabrera assumed the musical direction of Canary Islands: came to the world, which had the participation of the musicians Tomás Fariña (guitar), Ehedey Sosa (bass), Sergio García (percussion and voice), Siddhartha Dorta (drums and percussions), Pablo Díaz (Herreño whistle and transverse flute) and Alessandro Ferrato ( scenery and percussion). They were joined in this deep-rooted tribute to Canarian culture by Argentine singer Vanina Fernández and Gran Canaria accordionist Miguel Afonso.

Beyond the opening night show at Auditorio de Tenerife, MAPAS 'first day of programming open to the public began with a proposal in capital letters, as is the case with the play Violence (s), from Théâtre National Tunisien. With this title, the African company, one of the most internationally recognized, addressed the Tunisian revolution and the constant struggle of young people in search of "a free world" at the Guimerá Theater. 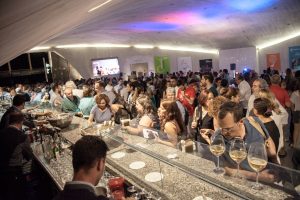 The opening night of MAPAS ended with a dj session at the Auditorio de Tenerife that made all the people who came to toast dance to the cultural exchange and the celebration of the live arts that will fill Santa Cruz de Tenerife in the coming days of creativity and art. Until Sunday, July 15, 56 free performances open to the public, 164 music and performing arts groups from Latin America, Africa and Southern Europe (Spain and Portugal) and 140 programmers from 40 countries will participate in this second edition that consolidates the Island as a focus for the internationalization of live arts.

The program will count tomorrow Thursday 12 with the outstanding presence of George Yúdice, a world reference in the field of cultural management and policies, who will deliver at 11:40 am, in the auditorium of the Museum of Nature and Man (MNH), the inaugural MAPAS conference entitled Cultural industries in Latin America and their relationship with the new cultural markets. Later, at 1:00 p.m., in the Patio de las Palmeras of the MNH the Illustrious Cartographer Award will take place, which this year has gone to Sylvie Durán, Minister of Culture and Youth of Costa Rica, with extensive experience in cultural management from both civil society and public institutions.