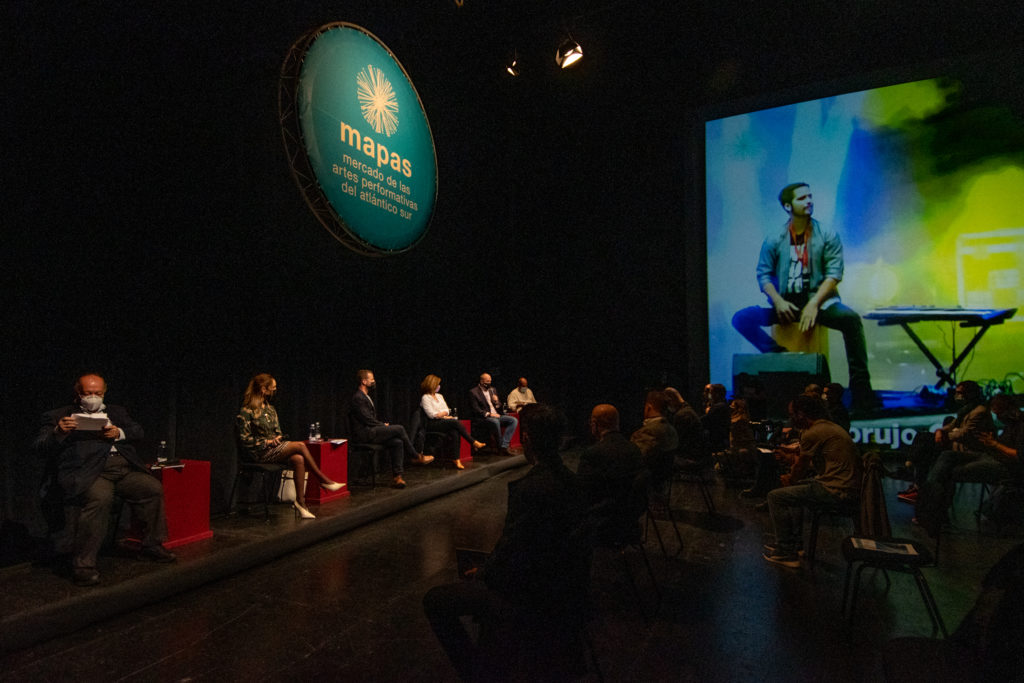 The presence of institutional representatives from all the public authorities involved and from the 13 cultural venues participating in the market pays testimony to the ambition and influence of an event whose aim is to keep on growing. MAPAS has become one of the few events in the Canary Islands to have a real impact on the development of the local cultural sector.

The press conference was held at Teatro Pérez Galdós and began with a speech by Juan Márquez, who emphasised the importance of MAPAS as an “international benchmark joining forces across Gran Canaria and Tenerife”. The Deputy Minister explained that the latest edition’s regional dimension “strengthens its commitment to building cooperation networks within the sector”.

Enrique Arriaga described MAPAS as an excellent example of how culture can supplement economic and tourist activity and enhance the quality of the islands as a destination. Meanwhile, Guacimara Medina praised the organisers of MAPAS for their “strategic vision of a growing cultural sector”.

Encarna Galván identified MAPAS as a “structuring event that lends stability to the cultural sector on the Canary Islands and boosts its prospects”.

Mario Vega began his speech by thanking the partner institutions and organisations for this edition of MAPAS for their dedication. The co-director of MAPAS and CEO of the production company unahoramenos confessed that he found it “moving to see how despite the difficult circumstances, the leading cultural venues in both capitals have joined forces to bring MAPAS to life”.

Vega also pointed to the Canarian representation at the market, which has grown in this latest edition and has been a key concern for the organisers since the event began.

Finally, Octavio Arbelaez, co-director of MAPAS and CEO of Circulart, emphasised the importance of the event as a platform for connection and conversation in the cultural industry. The professional spaces at MAPAS, which will also be open to the general public, will reflect on “the sector’s past and future survival”.

Octavio Arbeláez also thanked Casa África for its partnership and support of MAPAS, which have earned it the 2021 Cartógrafo Ilustre Award. 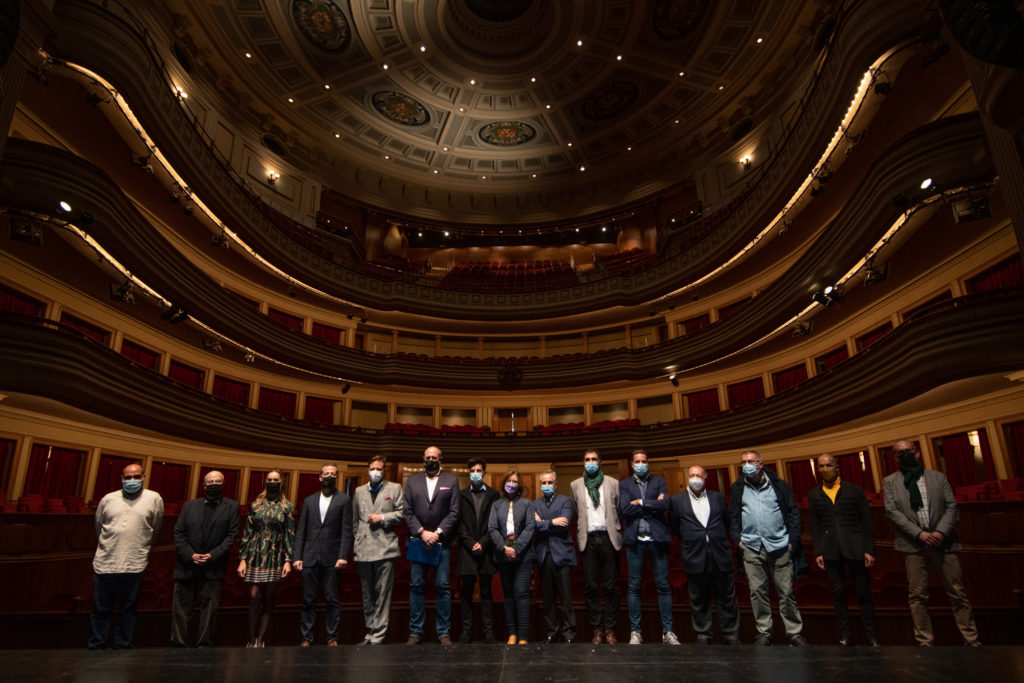 MAPAS 2021 will kick off in Gran Canaria, where the performing arts section will feature up to six consecutive performances each day at the city’s theatres. The audience will be able to enjoy the full performing arts programme, which has been designed as a circuit to enable the public and professionals to move easily around the market.

Teatro Guiniguada, Teatro Cuyás, Teatro Pérez Galdós, Sala Insular de Teatro SIT, Edificio Miller and the CICCA will host the performing arts shows for MAPAS 2021, which is being held in Gran Canaria for the first time from 14 to 16 December. The performances will begin at 16:00 in Teatro Guiniguada and continue until late at different venues in the city.

Teatro Guimerá, Centro de Arte La Recova and Auditorio de Tenerife will host the music concerts that will be held in Santa Cruz de Tenerife from 16 to 18 December. The concerts on the programme for MAPAS will take place one after another with a half-hour interval at Teatro Guimerá and Centro de Arte La Recova on Thursday 16 December. The activities will then move to the Auditorio de Tenerife on 17 and 18 December, where 21 concerts in the same short format will take place in the Chamber Hall and the Symphony Hall. An open-air area will be set up behind the Auditorium as a gathering place to supplement the concerts.

All showcase performances at MAPAS 2021 will comply with the strict COVID protocols in place at each venue, prioritising the health and safety of the artists, programmers and general public. These security measures include capacity limits, distancing and use of hand gel. More information about the times and venues for the showcase performances is available on the website mapasmercadocultural.com.

Professional networking and discussion are a key component of MAPAS. The networking events and business meetings for the performing arts industry will take place at Museo Elder and Edifcio Miller. In Tenerife, the music industry will gather at TEA Tenerife Espacio de las Artes, Espacio La Granja and the Presidency of the Government headquarters in Santa Cruz. These activities are aimed primarily at professionals working in the sector.

This edition, the Cartógrafo Ilustre Award created by the South Atlantic Performing Arts Market to reward individuals and institutions whose work to promote cultural exchange deserves recognition goes to Casa África. The prizegiving ceremony will be held on Wednesday 15 December at Edificio Miller in Las Palmas de Gran Canaria after the networking event held that morning.

Casa África is based in Las Palmas de Gran Canaria and builds relationships with cultural institutions and promoters that aim to boost the role of the Canary Islands as a platform for cultural exchange with Africa, encouraging a flow of activity between the islands and the continent. It offers a place for people to gather and reflect on African themes and supports initiatives such as MAPAS that seek to create new spaces for interaction between the African continent and the Ibero-American cultural space.

Casa África also encourages the development of new policies and the consolidation of Hispano-African relations on the international agenda by building strategic alliances and reinforcing bilateral and multilateral relations over the long term.