MAPAS 2021 is now accepting applications from artists, agencies and programmers 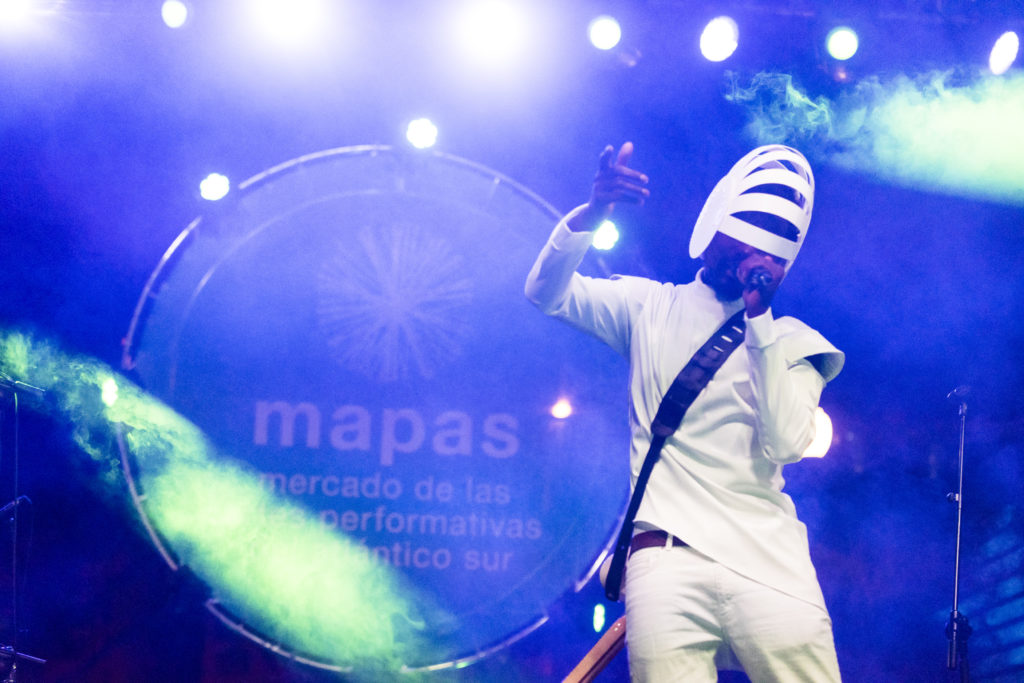 The deadline for applications is 31 July and the results of the selection process will be published on 15 September.

The fourth edition of the professional market will be held from 14 to 18 December in Gran Canaria and Tenerife.

The fourth edition of MAPAS, the South Atlantic Performing Arts Market, is now accepting applications from artists, companies and agencies from Latin America, Africa and southern Europe and programming managers from around the world to participate in the 2021 edition, which will be held from 14 to 18 December in Las Palmas de Gran Canaria and Santa Cruz de Tenerife.

At a time when the cultural and creative industries are in urgent need of recovery, the organisers – the Canarian Institute of Cultural Development (ICDC) overseen by the Government of the Canary Islands, the Cabildo de Tenerife, the Cabildo de Gran Canaria, unahoramenos and Circulart, with collaboration from Las Palmas de Gran Canaria City Council and Santa Cruz de Tenerife City Council – are focusing their energies on making MAPAS into a leading international event.

With this aim in mind, this edition offers creators and agencies an opportunity to develop relationships allowing their shows and cultural services to travel between the countries in the global market as a result of the synergies established with programmers. The application process will take place via the virtual platform www.mapasmercadocultural.com. www.mapasmercadocultural.com.

The call for creators and creators and agencies of management, booking and distribution of live performing arts - music, theater, dance, arts of the street and circus - will remain open until July 31, 2021 and the results of the selection process, which will be in charge of an advisory committee made up of experts of recognized international trajectory in the field of culture, will be made public on 15 of September.

The set of selected proposals, with a quota of 50% from Canarian groups, will have the opportunity to participate both in the business roundtable and in the artistic exhibitions.

The application process for artists and companies is open to individuals, companies, groups and professional collectives who work in the aforementioned disciplines in Latin America, Africa and southern Europe (Spain and Portugal), as well as to foreigners residing in these locations.Among other requirements, artists must demonstrate at least one year of experience and five live performances and one album (for musicians) or ten live shows (for performers), while agencies must demonstrate at least three years’ experience in their sector and must register at least two artistic groups or shows.

Those responsible for programming, artistic directors, curators, festival curators, cultural managers of public or private institutions and entrepreneurs from the performing arts industries are invited to register and take part in the business meetings that will take place on December 15 in Gran Canaria for the performing arts and on December 17 in Tenerife for Music. Likewise, they will be able to learn about the innovative artistic proposals from three continents that will be exhibited during those days on each island, and thus favor the strengthening of the live arts industry in a space of collaboration and exchange. Registration is free and will remain open until November 22.

The last edition of MAPAS welcomed 180 programmers from 40 different countries, who were able to meet 138 artists from 27 different countries and 30 representation and distribution agencies from Africa, Latin America and southern Europe. These events are supplemented by music and performing arts shows which are open to the public, allowing programmers and managers to discover a carefully selected range of live performances by different artists, groups and companies.

MAPAS has become the first professional market for the performing arts and live music sectors in the South Atlantic, offering a space for engagement and discussion where artists can share, learn about, discover and promote their work as a collective. During the 2021 edition, activities for the event will be held at venues in Las Palmas de Gran Canaria such as Teatro Cuyás, SIT Sala Insular de Teatro, Teatro Pérez Galdós (Fundación Canaria Auditorio and Teatro de Las Palmas de Gran Canaria), Edificio Miller and Teatro Guiniguada on 14, 15 and 16 December. Meanwhile, the Auditorio de Tenerife, Teatro Guimerá, Centro de Arte La Recova, Espacio La Granja and TEA Tenerife Espacio de las Artes in Santa Cruz de Tenerife will be hosting a comprehensive programme of artistic and professional events relating to the music industry from 16 to 18 December.