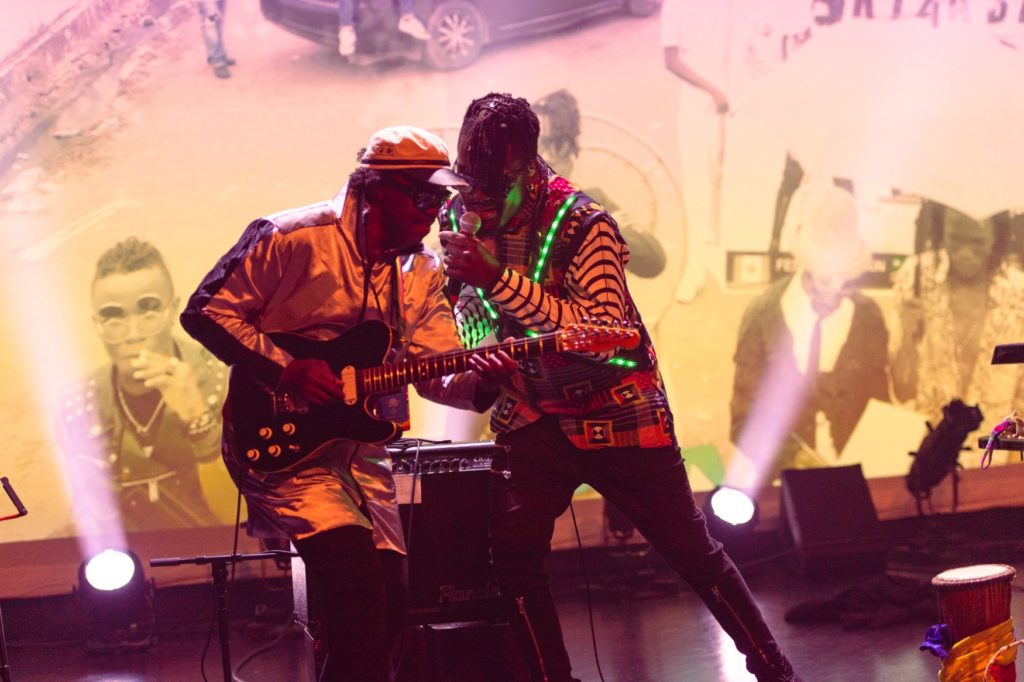 Adriana Moscoso, director of Cultural Industries, Intellectual Property and Cooperation of the Ministry of Culture, inaugurates morning, monday july 4th, at 9.15 a.m., this meeting with experts from three continents in the Island Theater Hall, in Las Palmas de Gran Canaria

Arucas receives this Monday the first day of concerts scheduled by the market in 2022, with eleven performances by Free entry, with artists from Congo, Burundi, Morocco or Uruguay and Spain. To highlight the presence of three Canarian formations

The fifth edition of MAPS, Market of the Performative Arts of the South Atlantic, begins tomorrow, July 4, in Las Palmas de Gran Canaria, with the inauguration of the Music Digital Rights Seminar, SEDD, at 9.15 a.m. The complexity of managing and optimizing the resources generated by copyright in the digital universe are the central theme of this meeting, which brings together leading industry experts from the three continents within the geographic scope of MAPAS, Africa, Latin America and South of Europe. The objective of this forum is to generate a meeting point for the sector, facilitating the tools for the management and monetization of their rights, and promoting contact between professionals, as well as the generation of business opportunities for the participants.

The Seminar on Digital Music Rights “has a very important point of reference and goal, which is to keep in mind where we are going”, explains Octavio Arbeález, co-director of MAPAS. As detailed by the also artistic coordinator of the market, "music is a sector in constant reinvention after the irruption of the digital world, it has several milestones and several moments of crisis, and the last one has to do with consumption in streaming, the irruption of web 3.0, other monetization models or the generation of other types of communities”. In his opinion, all this “makes it happen again like a twist in which we have to be thoughtful and prepare ourselves, look at the future, envision it and bet on it. That is what we intend with this seminar within the framework of MAPAS”.

This Seminar is the starting point for the fifth edition of the South Atlantic Performing Arts Market, the second with a regional structure, in which Gran Canaria will host the professional part dedicated to music, to move to Tenerife from next Thursday 7th and until Saturday 9th July, where the performing arts have a leading role, both in what it refers to the professional market, artistic exhibitions and other activities linked to the sector.

The Music Digital Rights Seminar, which is held in coordination with Unity, the independent music rights management operator, will start tomorrow, Monday, July 4, at 9:15 a.m., with the intervention of Octavio Arbeláez, co-director and artistic director of MAPAS; Jordi Puy, co-founder and CEO of Unison; Y Adriana Moscoso, general director of Cultural Industries, Intellectual Property and Cooperation of the Ministry of Culture and Sports of the Government of Spain.

The seminar will have three pitches and three work tables in which the management of musical rights and their future will be addressed from different points of view. In addition, it will end with networking The wrinkled potato with the Canarian professional sector. More information about the Seminar on Digital Music Rights, speakers and content, at the following link: mapsmercadocultural.com/sedd

Afternoon of 'showcases' in Arucas

The activity of MAPAS Mercado 2022 will continue on the afternoon of Monday, July 4, with the first sample of showcases of this fifth edition. Arucas and its Plaza de San Juan will be the setting for the first day of MAPAS music shows in 2022. This municipality has joined the market project this year, as has the town of Agaete. In this way, the activity of MAPAS in Gran Canaria will be distributed in three different locations on the island: Arucas, Las Palmas de Gran Canaria and Agaete, contributing to the decentralization of the market and cultural offer.

With free admission, music will be the protagonist and its first notes will be given by Gino Marcelli Trio (Canary Islands) from 4:30 p.m. this Monday, July 4. Composer, arranger, pianist and producer born in Italy, Marcelli studied harmony with Gianfranco Sordi and began in music with Professor Mariano De Falco. Starting at 5:15 p.m., the music of Claudio Constatini and Louiza Hamadi (Spain) will surround the Plaza de San Juan de Arucas. After his Grammy nomination in 2019, Claudio Constantini explores, together with the pianist Louiza Hamadi, the richness of tango on both sides of the Atlantic through the works of European and Argentine composers.

sophie lukacs (Canada/Mali) will be the next to act in Arucas. It will be at 6:00 p.m. Hailing from Montreal and Budapest, Lukacs is a kora player, singer and songwriter. Drawing inspiration from his classical violin training and his 7-year study in Mali with renowned kora virtuoso Toumani Diabaté, Lukacs has forged a distinct and engaging style within the folk music tradition.

The next to delight the public with his music will be Takeo Takahashi (Canary Islands), starting at 7:15 p.m. Musician with a career as a drummer and composer in the context of jazz; and extensive artistic journey in heterogeneous projects ranging from electronic, contemporary, jazz, to popular and folkloric.

The afternoon will continue with the voice of Martin Buscaglia (Uruguay) at 8:00 p.m. He is one of the most avant-garde artists in Latin America. He has recorded and performed with artists such as Arnaldo Antunes, Juana Molina, Fito Páez, Julieta Venegas, Eduardo Mateo, El Príncipe, Hugo Fattoruso, Rubén Rada, Leo Masliah, Fernando Cabrera, Jaime Roos, Jorge Drexler, Jackson Browne, Kiko Veneno and Os Black women among others.

Moises P. Sanchez Project (Spain) will be from 8:45 p.m. in the Plaza de San Juan de Arucas. Recognized as one of the main values of the Spanish and European music scene, his creations transcend the usual borders between genres and surprise both for the torrent of resources they use and for their fascinating vitality and originality.

Later at night, at 10:15 p.m., you can enjoy Alba Gil Aceytuno (Canary Islands). It is a musical project that was born with the idea of capturing Alba's personality, influences and style, accompanied by musicians with whom she has had a special connection for years. All the songs are composed by her, with shades of jazz, hip-hop, punk rock and Canarian folklore, sometimes including whistled language.

Kizaba (Congo/Canada) will perform at 11:00 p.m. in the Plaza de San Juan de Arucas. Singer-songwriter and multi-instrumentalist, Kizaba is a pioneer of Afro-Congolese electronic music. He sings in French, English, Kikongo and Lingala. In 2022, on his first tour of the United States, he opened the historic Jazz History Festival at the New Orleans Jazz & Heritage Festival.

At 11:45 p.m. Rupatrupa (Canary Islands/Spain) will be on stage in Arucas. It is a musical project based on his own songs composed by Roberto Ruido. They use well-known rhythms, such as rumba or reggae, but always taking any style into their own territory.

The final touch will put Betina Quest (Burundi) from 00:30 a.m. Trained by many other cultures, she is a devoted artist with many layers. He was born in Burundi, grew up in Germany but has lived in Ghana, France, the USA and Japan, a journey that is indisputably reflected in his character and music.

More information about the musical programming of MAPAS Mercado at the following link: Music Programming