The show 'Canarias: vino al mundo' stars in the beginning of the MAPAS program open to the public 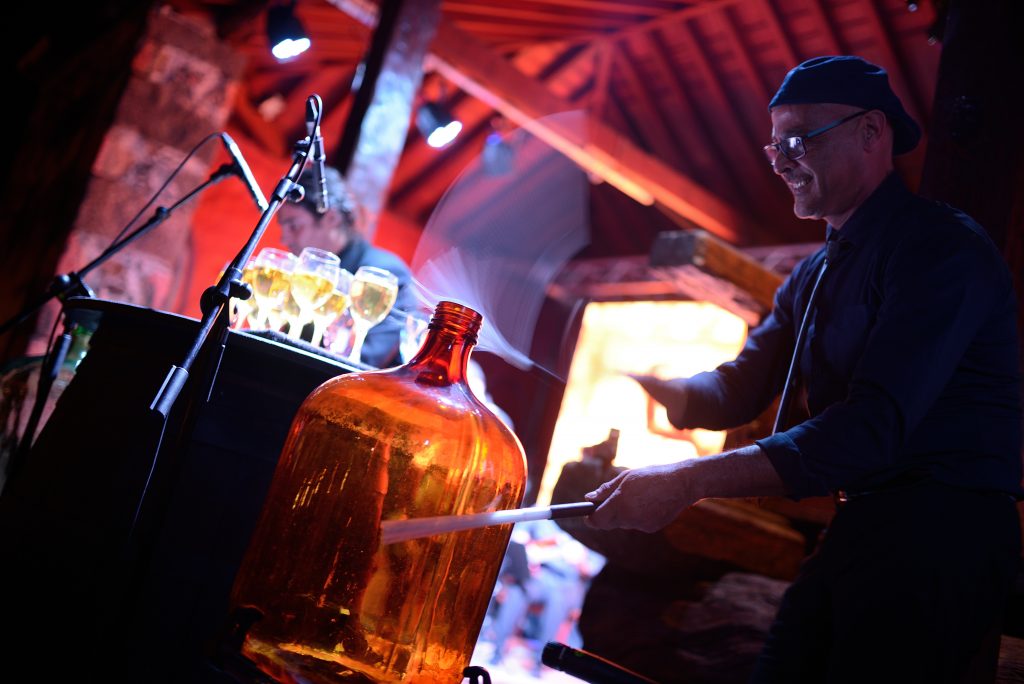 This historical and musical tribute will take place at 9:30 p.m. on Wednesday 11 in the Symphonic Hall of Auditorio de Tenerife with free admission until full capacity is reached

The sounds of Canarian popular culture and the scenic proposal of the Tunisian National Theater they start tomorrow Wednesday the programming open to the public of the second edition of the Mercado de las Artes Performativas del Atlántico Sur. The inaugural show Canary Islands: came to the world will stage a musical, historical and dance tribute that will extol the universality of the wines of the Islands in the Symphonic Hall of Auditorio de Tenerife, at 9:30 pm, with free admission until full capacity is reached.

Previously, at 7:00 p.m., the public will be able to enjoy the work Violence (s) that represents the Tunisian National Theater in the Teatro Guimerá. Founded in 1983, this scenic project is a public entity whose objective is the development of the theater, through production and distribution. The work that is represented in MAPAS It was released in 2015 and is about the Tunisian revolution and the constant struggle of young people in search of “a free world”.

Canary Islands: came to the world is an original production of the South Atlantic Performative Arts Market, based on a universal theme rooted in the Archipelago, with Benito Cabrera in the musical direction and Jep Meléndez in the stage direction. In it, rhythms, choreographies, words and images come together in a dialogue with the public who will savor "the sensations of wine, root music and dance" in "a curious and complex experience".

The 75-minute show recreates on the stage of the Symphonic Hall touches of "history, creativity and sensory pleasure", indicates its musical director Benito Cabrera, through music and dance. Elements linked to the world of wine such as barrels, jugs, bottles or glasses "become musical instruments that combine with the Canarian musical essence". This will be joined by body percussion, images, choreographies and narration that will deepen the importance of Canarian wine through historical and anecdotal data. An artistic tribute that covers “the music, stories and dances that connect the Canary Islands with the world through wine”.

Ten musicians and four dancers will give life to this unique proposal, specially designed for the inauguration of MAPAS, in a dialogue with the spectator who speaks “from the Canary Islands towards the universality of our culture”. A whole tasting party that will end with a DJ session and gastronomic proposals that can be enjoyed by all those who join this inaugural act of MAPAS in Auditorio de Tenerife.

The second edition of MAPAS, Mercado de las Artes Performativas del Atlántico Sur, demolishes national borders with a cultural proposal that From July 11 to 15, it will burst into Santa Cruz with 56 free performances open to the public, 164 music and performing arts groups from Latin America, Africa and Southern Europe (Spain and Portugal) and 140 programmers from 40 countries.

The meeting, organized by the Cabildo de Tenerife –through its Tenerife 2030 strategy–, unahoramenos and Circulart, will once again turn the Island into a focus for the internationalization of live arts. The Auditorio de Tenerife, TEA Tenerife Espacio de las Artes, the Museum of Nature and Man, the Guimerá Theater, Sala La Granja Theater and spaces on the street near these stages will host a complete program that will make MAPAS in a great celebration of the live arts with a program open to the public from Wednesday the 11th to Sunday the 15th.