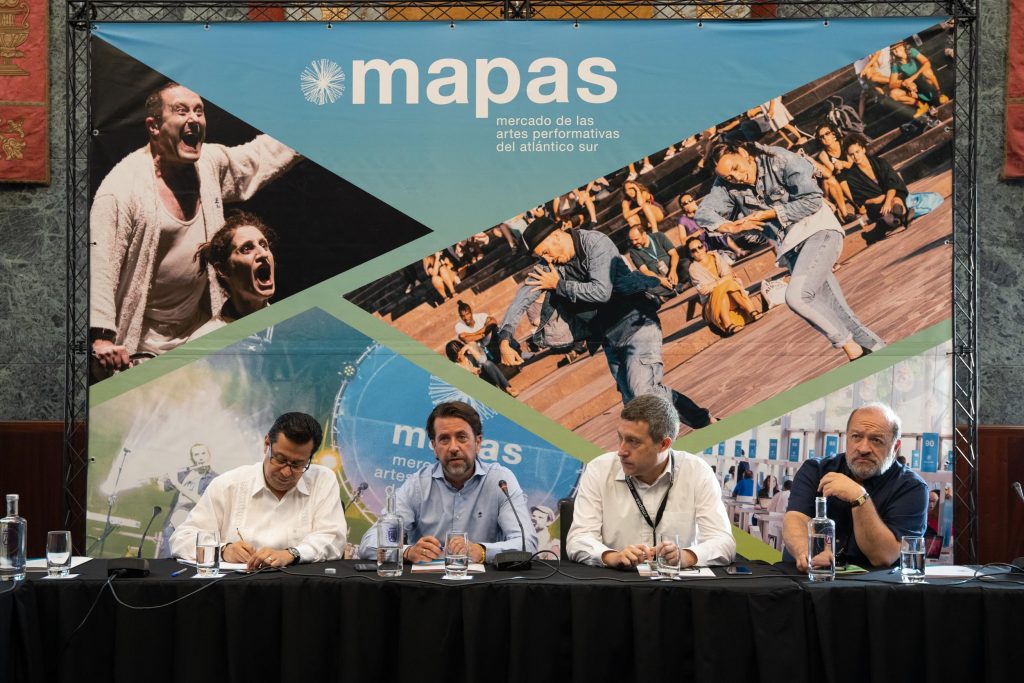 The Island Council was today [Thursday 11] the headquarters of the international meeting of performing arts and music networks that aims to provoke synergies between them that favor the strengthening of these groups. The meeting takes place on the occasion of the celebration on the Island of South Atlantic Performative Arts Market (MAPAS), which takes place in Santa Cruz de Tenerife until Sunday.

The president of the Cabildo, Carlos Alonso, welcomed the participants and thanked the Ibero-American General Secretariat (Segib) for the possibility of holding this annual “node of networks” in Tenerife and trusted that the conference MAPAS constitute a new success as the two editions held have already been.

The insular director of Culture, José Luis Rivero, was also very grateful to the coordinator of the Ibero-American Cultural Space of the Segib, Enrique Vargas, for allowing that entity “to be a support that allows MAPAS articulate the Ibero-American space, but also open to other European, Asian and African networks ”. For Rivero, the conference that took place at the Cabildo allows us to reveal "if we know how to work as networks or we are simply summations that do not work with synergies.

For Enrique Vargas, the new appointment in Tenerife "allows us to continue strengthening the dialogue through trust so that we can find individual and collective solutions" and pointed out that in the third edition of MAPAS "We already find that we are a group with good reflections after the previous appointments and, therefore, we are on the way to make the machinery work better".

For Vargas, “the networks are in good health, but one of the first obstacles encountered is dialogue with the administrations and in MAPAS We have seen a change in attitude ”, alluding to the predisposition of the Cabildo de Tenerife that“ it is not only an institution, but the way it has been involved ”.

The co-director of MAPAS, Octavio Arbeláez, was very satisfied with the meeting held at the Insular Palace because it is an appointment that allows us all to rethink the concept of networks and circuits. The meeting also noted the importance of policies for articulation and sectoral professionalization.