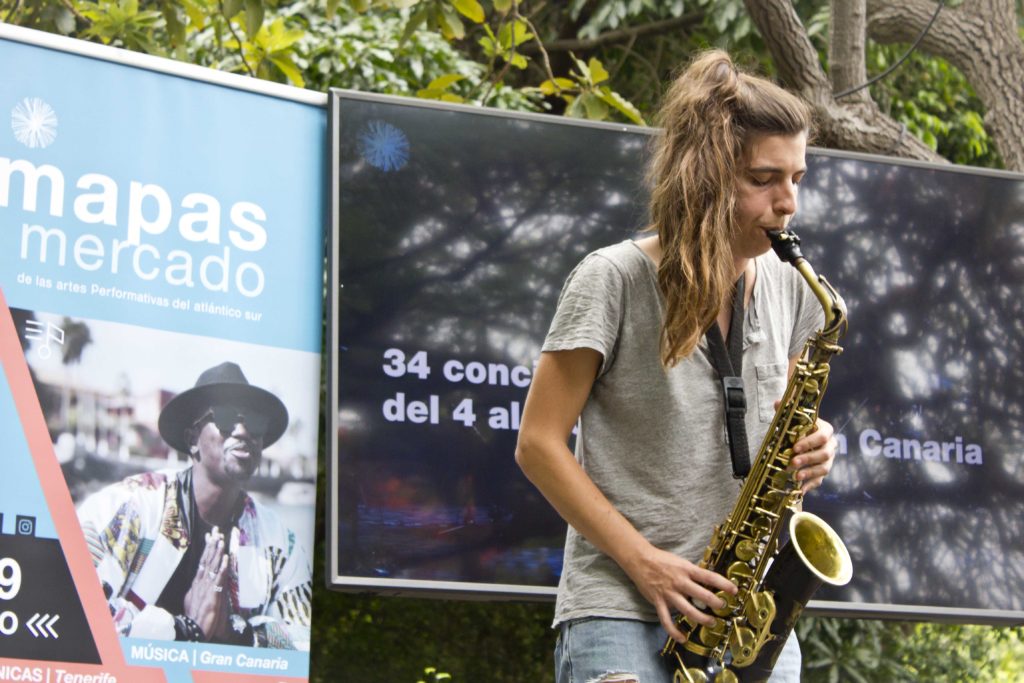 The musical program of the fifth edition of MAPAS will be held on July 4, 5 and 6 on stages in Arucas, Agaete and Las Palmas de Gran Canaria

About thirty concerts in format showcase, with half-hour live shows, is the backbone of the music program for the fifth edition of the South Atlantic Performing Arts Market, MAPAS 2022, which is celebrated in Gran Canaria and Tenerife from July 4 to 9. The MAPAS musical offer for programmers, and open to the general public, brings together 32 artistic groups from three continents in the geographical scope of the professional performing arts and music market: Latin America, Southern Europe and Africa. The 32 concerts will take place over three days, on July 4, 5 and 6 in the afternoon, in three municipalities of Gran Canaria: Arucas, Las Palmas de Gran Canaria Y Agaete.

The music program of MAPAS Mercado in its fifth edition, organized by the Government of the Canary Islands, Cabildo de Tenerife, Cabildo de Gran Canaria, unahoramenos and Circulart, in collaboration with the municipalities of Las Palmas de Gran Canaria, Santa Cruz de Tenerife, Arucas and Agaete, was presented this morning at the Huerto de las Flores, in Agaete, in a ceremony attended by the Minister of Culture of the Cabildo de Gran Canaria, Guacimara Medina; the mayor of Agaete, María del Carmen Rosario; Juan Jesús Facundo Suárez, Mayor of Arucas; Mario Vega, director of MAPAS; and the artist from Gran Canaria Alba Gil Aceytuno, who participates in the showcases de MAPAS in the municipality of Arucas, and who performed one of his most recent compositions, Aguayro. 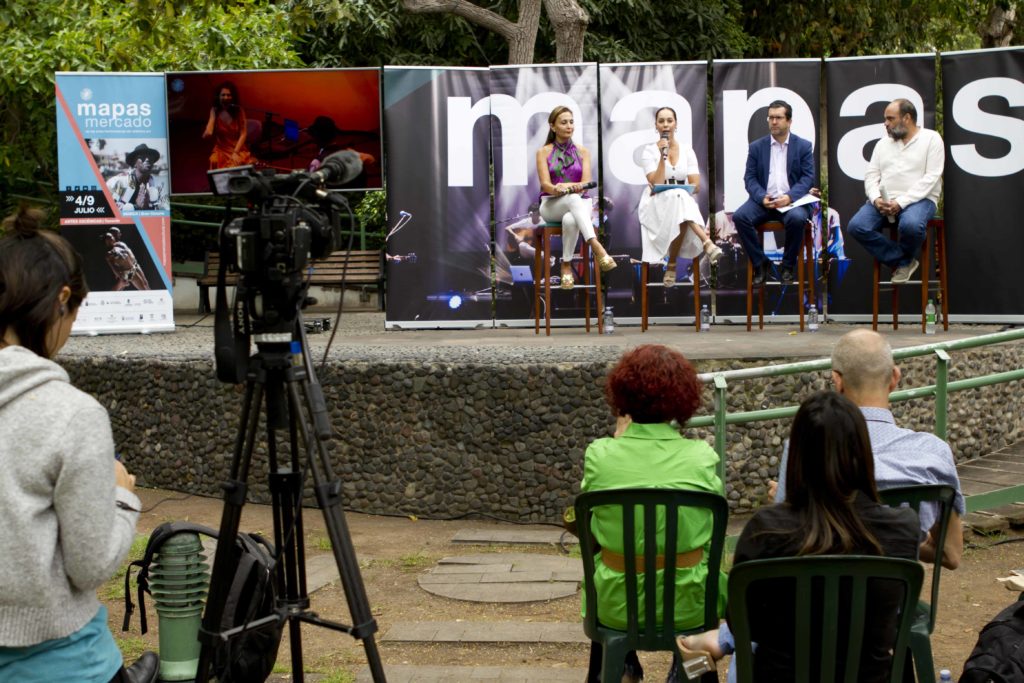 The island councilor for Culture, Guacimara Medina, highlighted that at the presentation ceremony at the Huerto de las Flores, which “is the second edition that we have the opportunity to enjoy and get to know in Gran Canaria; last year we had the opportunity to have the performing arts and dance and this year music is the protagonist of the activities that are going to take place in Gran Canaria”. Medina highlighted as "a novelty that is incorporated into MAPAS" the fact that the programming of the showcases of music is held in other locations outside the capital.

"We have relocated the activity and we wanted to take it to other municipalities on the island," he said, and that translates with the incorporation of the MAPAS project in this fifth edition of the municipalities of Agaete and Arucas. “Because of the link that Agaete has with culture, we understood that MAPAS had to be here, and Arucas, as an important city in the north of Gran Canaria, also has an important journey and has carried out important work in favor of culture”, Medina highlighted in your intervention. And as he advanced, they are "two municipalities that are going to have the opportunity to experience all the movement and activity that MAPAS entails, and it was important that the public could get infected with the energy and strength of MAPAS", a business platform of the performing arts and music "for which we from the Cabildo bet from the first moment". 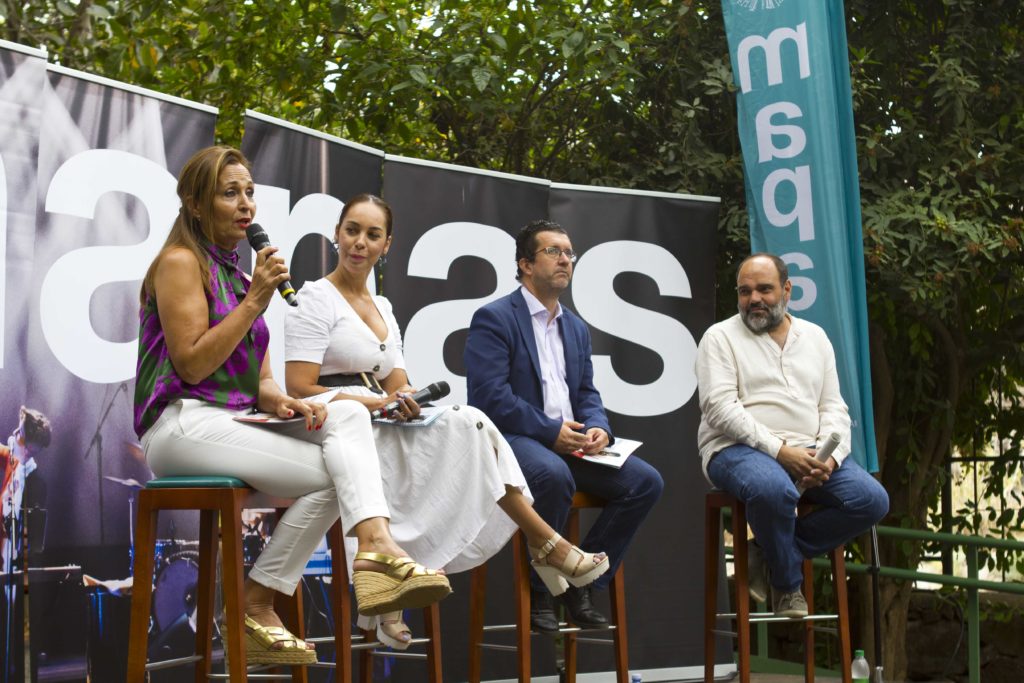 For their part, both the mayor of Agaete and the mayor of Arucas expressed their satisfaction at welcoming the stages, artists and music programmers that MAPAS Mercado presents in its fifth edition. "A few months ago we were asked if we were willing to host a day of this wonderful business, and I said yes at first, when I knew it would coincide with the San Pedro festivities," explained María del Carmen Rosario. As he said, “I think that if there is a municipality that identifies with music throughout Canaria, it is Agaete, and it is an opportunity that is given to us from the Cabildo to the municipalities and it is something that must be taken advantage of, because culture must be taken to all corners of the island.

Juan José Facundo, mayor of Arucas, recalled that "we came to celebrate the San Juan festivities and we finished on June 4 with this initiative", and congratulated Arucas for joining the MAPAS spaces in this edition. “We are used to Las Palmas de Gran Canaria being the epicenter, and all the northern municipalities have been working together for a culture for all”.

The director of MAPAS and unahoramenos, Mario Vega, stressed that the decentralization of the market offer and “the arrival in these municipalities gives the project a special strength, and now it is time to live it with the joy and happiness that a project of these features". A project that “is also a meeting space for citizens”. Vega thanked Alba Gil Aceytuno for her presence at the Huerto de las Flores because MAPAS "is a great platform for distribution, internationalization of artists from the Canary Islands and from the three continents, and we often talk about the tricontinental nature of the Canary Islands and facts of this type are the ones that justify it. As Mario Vega recalled, there will be 200 programmers from three continents who "come to discover international, national and Canarian talent", with 120 specific music programmers. 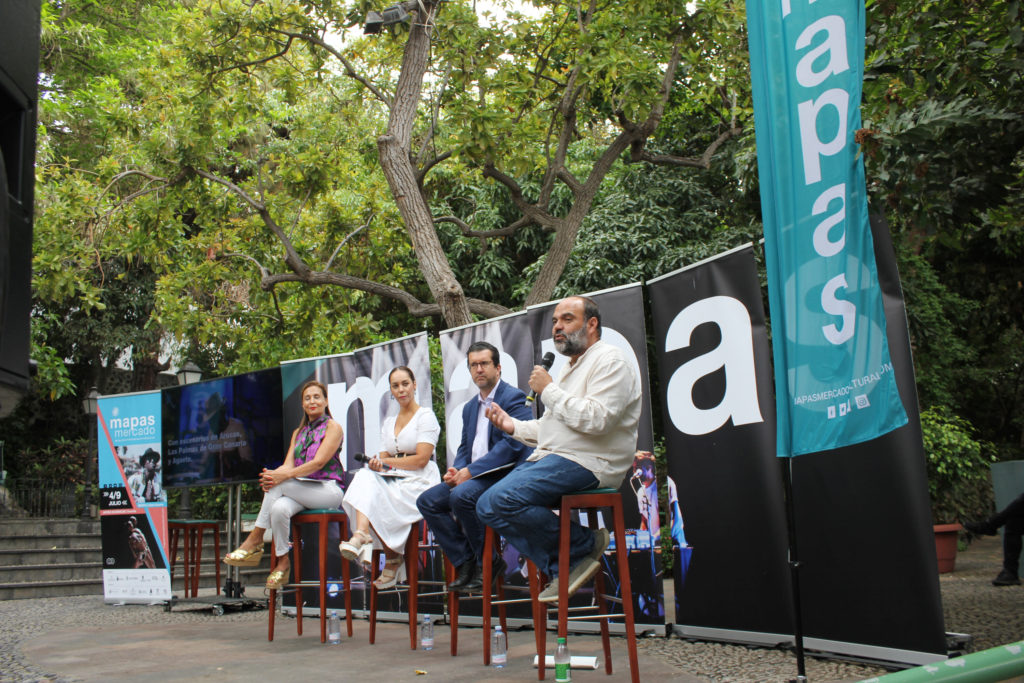 There are 32 artists who star in as many concerts on stages in the three municipalities of Gran Canaria that participate in MAPAS Mercado in its fifth edition, of which nine of them are Canarian groups, the result of the organization's commitment to position and promote circulation of the creators of the Archipelago, a maxim that also translates into an outstanding participation of Canarian performing arts companies, whose programming, market and exhibition, this year has its headquarters in Santa Cruz de Tenerife from July 7 to 9.

The Canarian music groups that will share the stage with national and international artists are: Gino Marcelli Trio, Alba Gil Aceytuno, Rupatrupa, Takeo Takahashi, Socos Duo, Gabriela Suárez, Dactah Chando, Ida Susal Y The Conqueror Project, which have been selected for live shows from among the 198 artistic proposals linked to music and the performing arts that are present at MAPAS, among the more than 1,700 projects received by the organization. Of the projects that participate in this Atlantic platform for the internationalization of cultural industries, a meeting and business space of international reference, 96 are for the performing arts between theatre, dance, circus and street arts; and 80 of music in different formats and styles, which are those designated by the curators for the business conferences and the artistic exhibitions, and those that arrive at MAPAS 2022 as a result of international agreements with government institutions.

Mestizo and fusion sounds, which build bridges between tradition and modernity, where the popular is modulated with languages and aesthetics of the digital sphere; root music that is transformed into a dialogue with musicians from western cultures; the intersection of tango and fado in search of new paths; pop structures stripped of their primary concept in favor of experimental sound forms; Author's song that circumvents the usual structures and discourse in the genre; vocal jazz, reggae and dub are part of the style proposals with which MAPAS Mercado opens a window to the sounds of the world, as a sound journey through the geography of MAPAS through some thirty showcase. 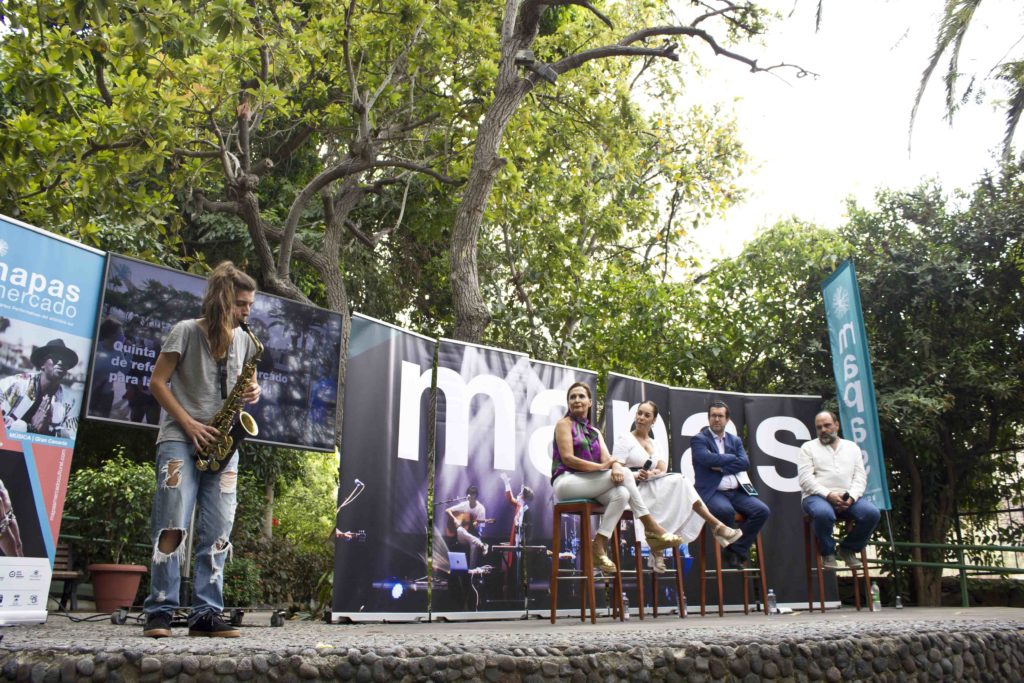 The fifth edition of MAPAS is structured around six days of professional meetings in Gran Canaria and Tenerife, with business conferences, showcases, seminars and workshops. More than 200 programmers from 34 countries within the geographical scope of MAPAS, 112 from music and 110 from performing arts, have confirmed their participation in the business roundtables, among which thirty professionals from the Canary Islands stand out; and 198 artistic groups, 80 music groups and 96 performing arts groups, as well as 22 agencies, have been selected in this fifth edition.

As regards the programmers who attend MAPAS Mercado, 222 from 34 countries have confirmed their presence in Gran Canaria and Tenerife. To highlight the 94 Europeans, between France, Germany, Italy or the United Kingdom, with 76 Spanish programmers, among them thirty professionals from the Canary Islands; the 44 arrived from different geographical areas of Ibero-America, among which the delegation of Colombia stands out, with 17, Argentina, Chile and Uruguay; and the 30 programmers from the African continent, with the majority from Senegal and Mali, with 9 and 6 respectively, among other origins.