MAPAS will celebrate its fifth edition from July 4 to 10, 2022 in Gran Canaria and Tenerife 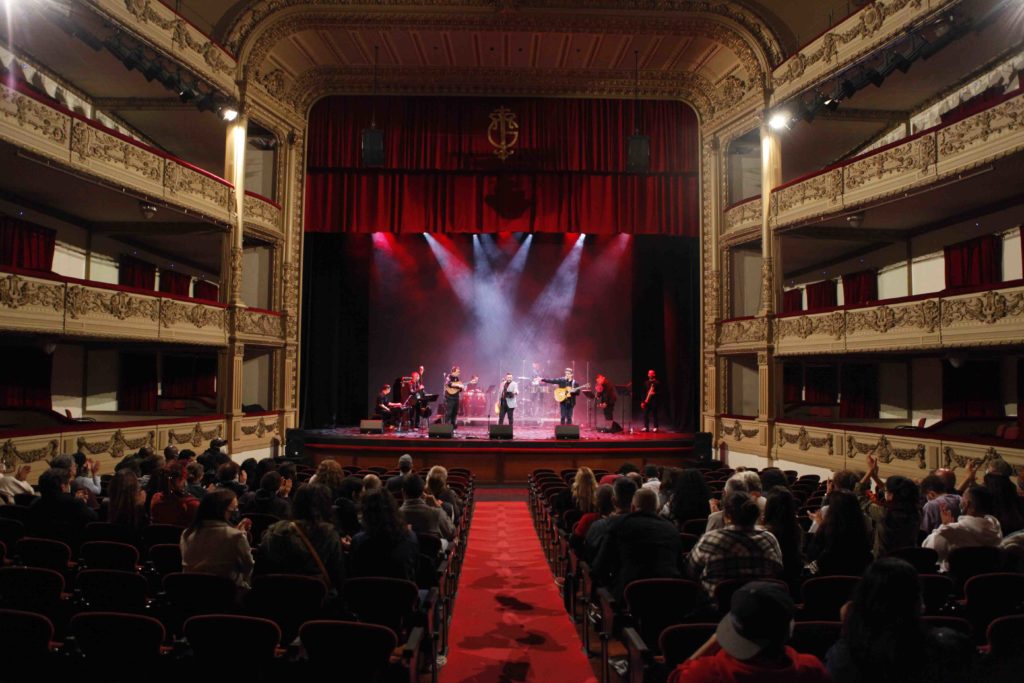 30 concerts in showcase held in Tenerife brought together more than 4,310 people, meeting the allowed capacity

The South Atlantic performance arts market, MAPAS 2021, completes its fourth edition, in which it has acquired a regional dimension, with the support of the creative industry in Africa, Latin America and southern Europe. The market is consolidated as well as the reference event of the living arts, a showcase of tricontinental creation. MAPAS will hold its fifth edition from July 4 to 10, 2022, thus recovering the original dates on which the market was held, modified after the pandemic.

Tenerife hosted 30 concerts in showcase format that, held at the Guimerá Theater, the La Recova Art Center and the Tenerife Auditorium, brought together more than 4,310 people, meeting the allowed capacity. Programmers and the public turned to the 15 performances that took place in all the theaters of the capital of Gran Canaria and which were very successful in attendance.

In this edition, the first marked by the context of COVID-19, the main institutions of Gran Canaria and Tenerife have been involved with the celebration of MAPS, joining forces around a backbone project of the cultural industries. The Government of the Canary Islands, the councils of Gran Canaria and Tenerife and the town councils of both capitals have supported the project by endorsing MAPAS 'will for tricontinental progress. In addition to institutional support, MAPAS has had the support of numerous collaborating entities.

Octavio Arbeláez, co-director of MAPAS, expressed his satisfaction with the development of the market in this necessary fourth edition and with the response from both the public and programmers and artists who have attended the MAPAS reunion call. “The meeting has been necessary and urgent. In this market model we have fostered the union between programmers from five continents and given the Canary Islands the character of hub continental that characterizes it ”, he assured.

MAPAS grows in 2021 and does so by expanding its programming for professionals and the general public. 13 reference cultural spaces in Gran Canaria and Tenerife welcomed the broad proposal of this long-awaited edition in which MAPAS met again with its public after the event was postponed in 2020. 45 shows from Chile, Ivory Coast, Mexico, Republic of the Congo, Colombia, Senegal, Argentina, France and Spain conquered the MAPS scenarios; the public responded to the call of the market and the event was a success of attendance. 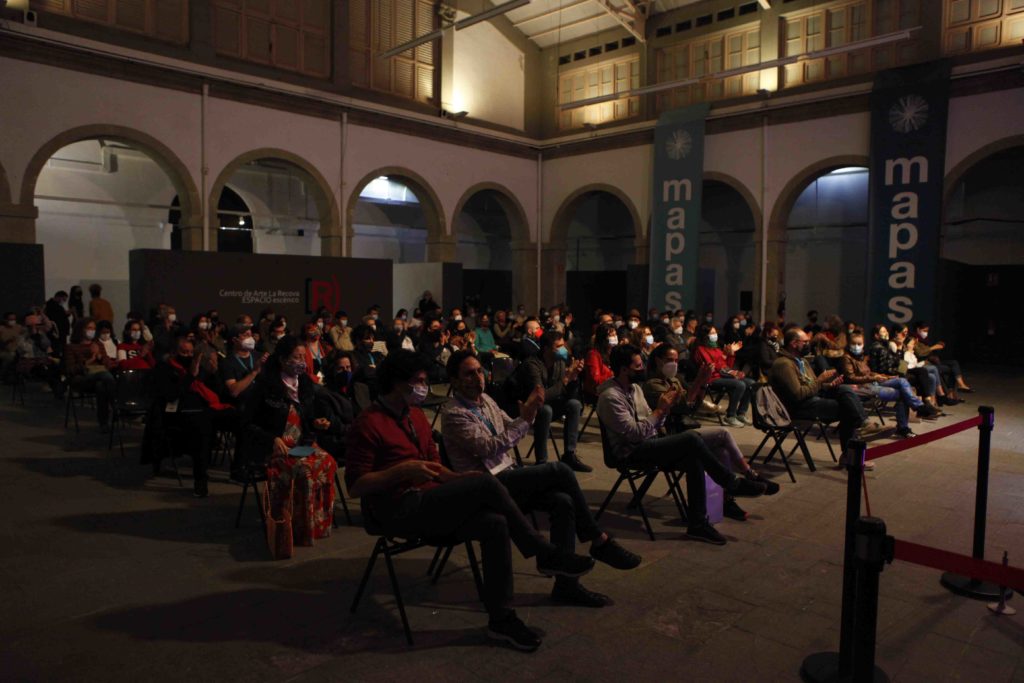 The business roundtables, fundamental pieces in MAPAS 'gear, were held in the Miller Building and the library of the TEA Tenerife Espacio de las Artes. A total of 1,319 appointments were scheduled through the market platform, from which a very productive result is expected.

123 programmers from 33 countries and 22 agencies attended MAPAS. In Gran Canaria there have been 72 programmers specialized in performing arts, while in Tenerife there are 71 music professionals.

141 artistic groups of 20 nationalities exhibited their talent in business rounds; in Gran Canaria there were 68 artists and in Tenerife there were 73.

On the market side, there were 45 artistic representations aimed at professionals but open to the general public, 15 could be seen on the island of Gran Canaria (performing arts) and 30 in Tenerife (music). The different venues in both capitals hosted these performances which, in addition to being aimed at programmers, had a pleasant response from the public on both islands. 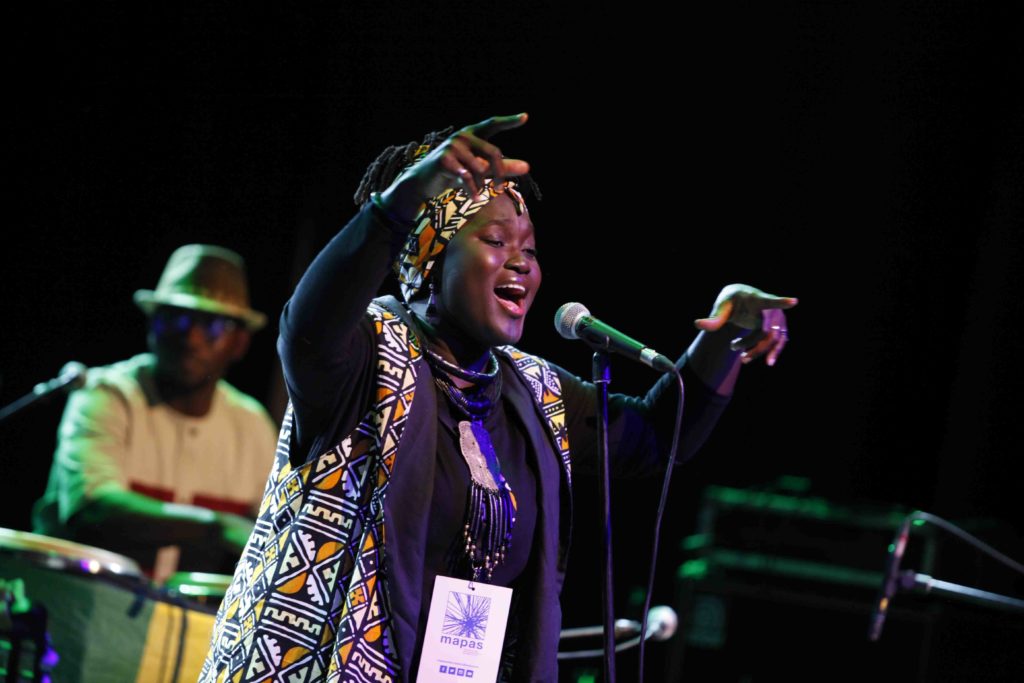 MAPAS has also been a space for reflection and dialogue. In the current context, the physical meeting has been necessary to address different issues related to culture and the tricontinental space. 'Conversations MAPAS' spoke about the new digital context with more growth as a result of the pandemic and how it affects the creation of the cultural product. They were developed both in Las Palmas (performing arts) and in Tenerife (music). In addition, there was talk of distribution and cultural journalism or the need to link the arts with society and its cities.

These conversations were led by relevant personalities of the culture of the South Atlantic such as the Minister of Culture of Costa Rica, Sylvie Durán, Alexandra Schjelderup, director of International Cooperation of the Ministry of Culture of Panama or Adriana Moscoso, general director of Cultural Industries of the Government of Spain. Uruguay, Burkina Faso, Mexico, Spain, Costa Rica, Panama or Germany were some of the countries that were represented in these forums.

The tri-continental cultural market also became an important nexus to meet. MAPAS hosted sectoral meetings in which cultural entities such as ADIMI (Association for the Development of the Ibero-American Music Industry), REDELAE. The Spanish Network of Theaters, Auditoriums, Circuits and Festivals of public ownership held various meetings at MAPAS.