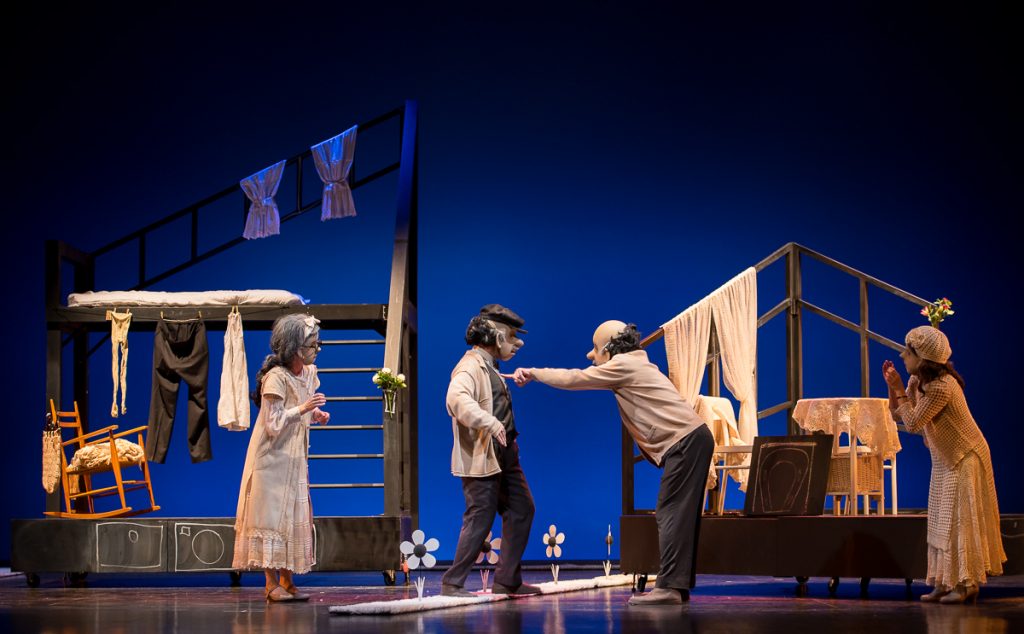 Santa Cruz de Tenerife will host the third edition of MAPS, the Market of Performative Arts of the South Atlantic, with a total of 18 theatrical productions and a street theater show. The Guimerá Theater, the Farm Space for Creation, the Adán Martín Auditorium of Tenerife, the IES Alcalde Bernabé Rodríguez and Castillo Street will be the various spaces where 19 companies and artists from Africa, Latin America and southern Europe they will present scenic proposals for all audiences.

Nine international groups, five national and five Canary Islands make up the program dedicated to the various theatrical expressions of this cultural event, organized by the Cabildo de Tenerife, unahoramenos and Circulart. MAPAS thus maintains its cross-border vocation with 21 show functions that will offer the audience from classic texts to newly created pieces through different scenic languages: gestural, text or clown.

The performances will begin on Wednesday 10 at the Guimerá Theater with Marie de Jongh (Spain) who will interpret Amour, recognized with the MAX 2017 in the category of Best Children's or Family Show. This work invites us to reflect on the fine line that exists between disaffection and unconditional love. With a gestural dramaturgy, it is a story of great poetic charge, a song to the encounter between different.

On Thursday the 11th, the Creation Space Farm will arrive. Pearl Project (Mexico) with Small and extraordinary things, a montage designed for children's audiences that talks about exile and forced disappearance. Of a social nature, although aimed at an adult audience, it will take place later in that same space Murs Murs, the piece that brings to MAPAS 2019 Ishyo Arts Center. This non-governmental organization, founded by eight women in 2007, works for the development and promotion of culture in Rwanda through its projects.

A theatrical look at the historical events of Chile is what will take the stage of the Guimerá Theater The family theater. Painecur follows the line of work of this company based on the investigation and rescue of the recent memory of the country, in this case, from a controversial event that occurred in 1960. A journey through the political life of Spain in the first third of the 20th century is what the attendees will be able to find in the background Federico & Salvador. The dark and golden hours, which the Canarian company will offer in the capital's proscenium Insularia Theater. Interpreted by César Yanes and Leandro González, it reconstructs the peculiar friendship between the Granada-born poet Federico García Lorca and the Catalan painter Salvador Dalí.

The theater program for Thursday, July 11 is completed with Nests, from Teloncillo Theater, in the auditorium of the IES Alcalde Bernabé Rodríguez. With 50 years of experience, this company specializes in works for children, multidisciplinary works where poetry, singing and careful aesthetics coexist.

Cow 35 Group Theater meets again with the Tenerife public to present It The only thing a great actress needs is a great play and the desire to succeed. His stage shows, based on dialogue with the viewer, do not leave indifferent with proposals that break the barrier that separates the actor from the public, the theatrical from real life. This piece will be performed in the singular space of the Adán Martín Auditorium of Tenerife on Thursday the 11th, Friday the 12th and Saturday the 13th of July.

On Friday 12 begins the functions dedicated to the art of theater at La Granja Espacio de Promoción with The Elvira. Story of an emigrant, which is staged by the Canarian company Zálatta Theater. This production brings up the difficulties of illegal immigration with the story of the dream of a better life on the other side of the Atlantic aboard the schooner Elvira. The scenic space of the Government of the Canary Islands will also arrive on Friday TheRoomToBe, with Burka Theater. The work, written and directed by Aranza Coello, proposes a reflection on memory and the ephemeral.

Friday's program begins at the Guimerá Theater with a classic: The life is dream, in version of Temple Theater. The company, one of the oldest in our country, reviews Calderón de la Barca's text with a complex assembly of aesthetics underground and a more contemporary version that explores the generational clash. Essay, The story of three elderly women from a Medellin commune will later lead the Tenerife public to a thriller costumbrista by the hand of The theater congregation (Colombia).

Narrative, physical theater, comedy and live music are the tools that Tamsin Clarke will use to seduce attendees to Manuelita at the IES Alcalde Bernabé Rodríguez on Friday. The piece, which tells the story of love, loss and revolution of the Ecuadorian revolutionary who stole the heart of Simón Bolívar, will be performed by the Venezuelan company Popelei.

Saturday 13 will be one of the most intense days of the theatrical programming of MAPS 2019. It will begin at La Granja Espacio de Promoción with a work of fiction and non-fiction that places the viewer in an emotional and intellectual moment prior to the revolutionary outbreak. Before the Revolucion comes from the hand of the Egyptians Temple Independent Theater Company. Afterwards, the Uruguayan Kashmir Producer will invite us to cross artistic and political borders with the piece Rolled dice, an innovative scenic reflection on rock. 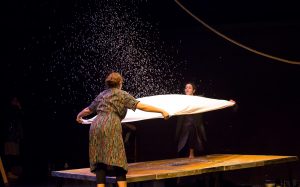 The Guimerá Theater will host the staging of the show on Saturday Faust project, from Delirium Theater, one of the oldest Canarian companies. With a committed and thoughtful text, the work stars 'the other victims' of the disappearance in 1968 of the fishing boat Fausto between El Hierro and La Palma, the families of the three fishermen and the passenger on board. From Algeria he arrives at that stage later Compagnie La Chouette blanche with a story also of female voices: Amer, a journey through memory played by a single actress.

Micomicón Theater is the company chosen to represent the IES Mayor Bernabé Rodríguez A humble proposal. It brings to the present the daring satirical essay by Jonathan Swift, a monologue that will seek the viewer's senses through humor and social criticism.

A new stage will be added to the performances of this day, Castillo Street, where passersby will be surprised by the irreverence of the Femmes from Hortzmuga Teatroa. This company is committed to a street and traveling show in MAPS 2109, starring four politically incorrect old women.

Humor, this time starring the comedian Yiyolo strattro, will dismiss the theater programming of MAPS 2019 on the morning of Sunday 14 at the Auditorio de Tenerife. The Comedy Show, a show for all audiences will be a unique opportunity to enjoy the magic of the clown who seeks the complicity of the public.

The program of performances and showcases can be consulted on the web and in the free app that can be downloaded for mobile, IOS and Android, and access all the information of artistic exhibitions and conferences of MAPAS. Through this application, notifications of interest to the public and market participants will also be sent.

The organization of MAPAS 2019 is sponsored by the Government of the Canary Islands and the Santa Cruz de Tenerife City Council, in addition to the support of Acción Cultural Española (AC / E) through its Program for the Internationalization of Spanish Culture (PICE) in the Visitors modality, by which a dozen professionals of the performing arts from Ivory Coast, Mali, Mozambique, Tanzania, Mexico, Ecuador, Uruguay, Brazil, Argentina and Uganda will be able to participate in this new edition of the Arts Market Performative of the South Atlantic. Casa África, the Ibero-American General Secretariat, the SGAE Foundation, Iberia and Hyundai, among other public and private institutions, also collaborate.