Insularity penalizes performing arts companies with an extra cost of 30% 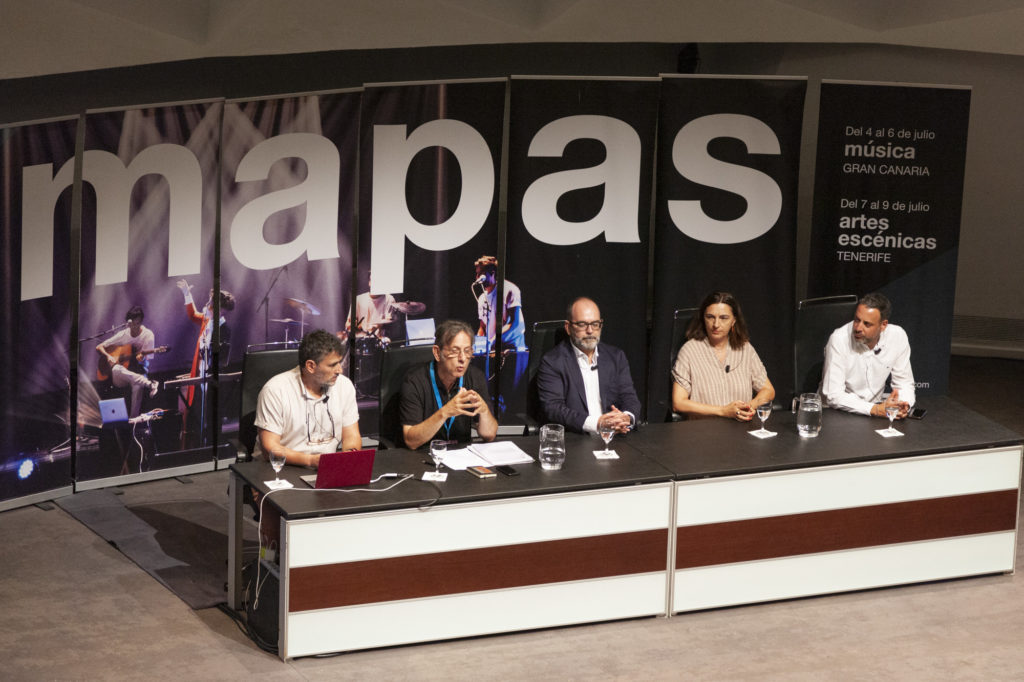 This is one of the most representative data from the Insular Federation report that was presented this Saturday, July 9, at MAPAS Mercado

The objective of the document, in which the INAEM and the Canary and Balearic governments participate, is to improve the visibility of the theater, dance and circus of the two archipelagos

A performing arts company from the Canary and Balearic Islands has to assume an extra cost of more than 30% with respect to a peninsular one when carrying out its activity outside the island territory. It is one of the conclusions of the report prepared by the Insular Federation with the aim of improving the visibility of the theatre, dance and circus made in two autonomous communities, which was presented this Saturday, July 9, to the media. communication and public of the South Atlantic Performing Arts Market, MAPAS Mercado, in the Tenerife Auditorium.

Based on this study, carried out in 2020 by the Bissap consultancy, an action plan has been designed to favor the development of island performing arts companies in the medium term, in which the INAEM and the governments of the Canary and Balearic Islands participate. An institutional collaboration that aims to reduce the inequality of opportunities in the production and circulation of stage productions of the two archipelagos.

The presentation of the so-called Study on the inequalities of the insular territories of Spain in the consumption and contribution to the performing arts. Analysis of factors that affect the inequality of opportunities in the production and exploitation of shows, Held at the Tenerife Auditorium, on the last day of MAPAS Mercado 2022 in the capital of Tenerife, it was attended by Rubén Pérez Castellano, General Director of Culture of the Government of the Canary Islands; Catalina Solivellas, general director of Culture of the Government of the Balearic Islands; Javier de Dios, deputy general director of theater at the INAEM of the Ministry of Culture; Ricardo del Castillo and Carles Molinet, president and vice president of the Insular Federation.

The objective of this document, as highlighted by the political representatives and the two spokespersons for the Insular Federation, is to improve the visibility of theatre, dance and circus made in the Canary and Balearic Islands. The General Director of Culture of the Government of the Canary Islands, Rubén Pérez Castellano, expressed his gratitude to both those accompanying the table and the public and explained that "this report is the starting point for a job that we administrations have to start now".

On the other hand, it was highlighted that the report is an example of the union between administrations to “optimize our resources. Insularity is a disadvantage and we are here to alleviate this situation”, declared Catalina Solivellas, general director of Culture of the Government of the Balearic Islands.

Javier de Dios, deputy general director of theater at INAEM of the Ministry of Culture, spoke of this document as an “excellent step for the three administrations to keep dialogue open. From the Ministry of Culture we are sensitive to insularity”, he said and continued alluding to the fact that “a review of the regulations will be carried out to generate proposals and their application”.

Carles Molinet, vice president of the Insular Federation, began to break down some data from the report together with the president of the entity, Ricardo del Castillo. Molinet stated that the origin of this report took place “precisely in MAPAS Mercado three years ago. This is where the idea of this federation was born”. 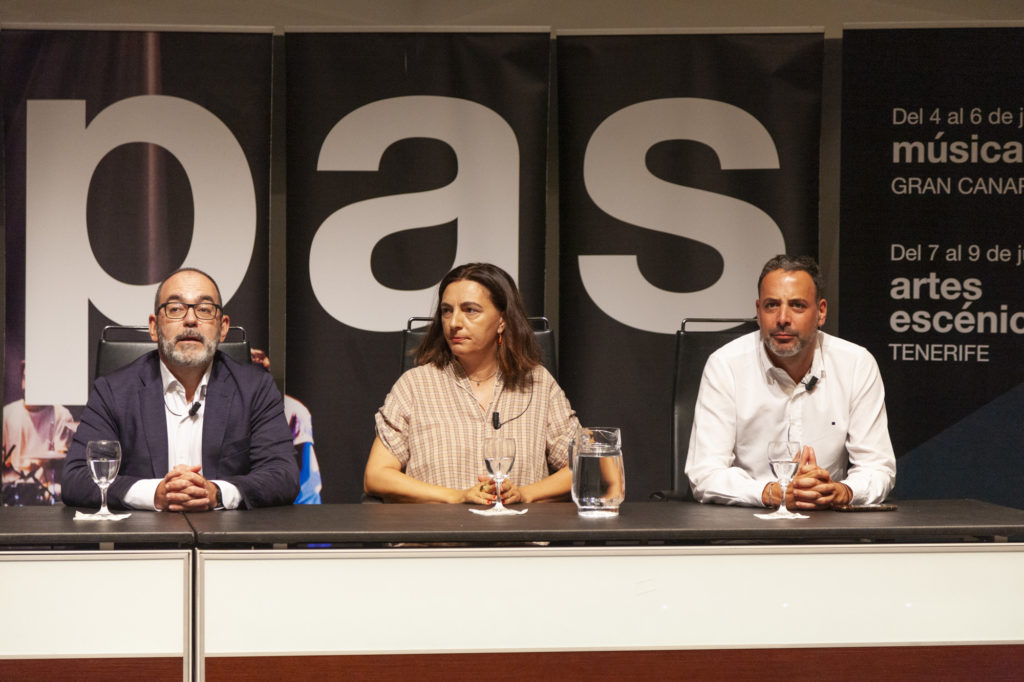 The study document is a rigorous analysis of objective data that has generated an action plan that will be launched by the three administrations to alleviate the situation of the performing arts in the two archipelagos. The action plan has a maximum execution period of two years.

The Canary Islands are more affected than the Balearic Islands in the cultural context due to their geographical distance. It is one of the data provided by Ricardo del Castillo, president of the Insular Federation. "We must recognize that Spain has been culturally centralist," said Del Castillo. On the other hand, the difficulty of the performing arts companies from both island territories is in both directions: "when leaving the territory and also when the theaters receive companies from other points," he explained. To this, Del Castillo added that "the insular fact needs a separate consideration and its problems must be recognized."

Molinet pointed out various representative data from the report, among others, that "40 % of the performing arts companies of the peninsula have functions outside their community, while in the case of the Canary Islands it only reaches 8% and in the Balearic Islands 22%". The Balearic also explained that the Canarian performing arts companies have “twice as many functions abroad as in the peninsula”, a representative figure.