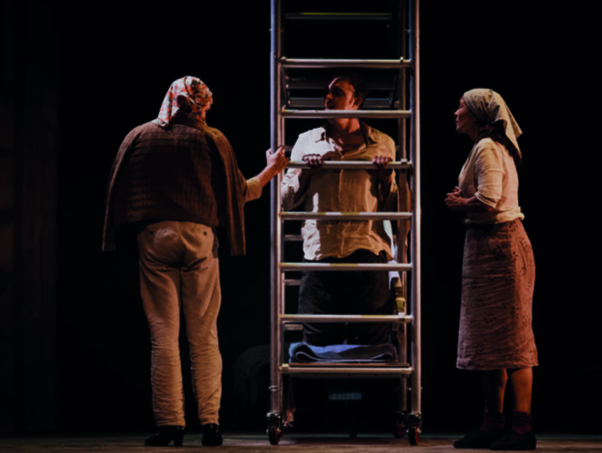 Fábula del topo, el murciélago y la musaraña (The Tale of the Mole, the Bat and the Shrew)

The Tale of the Mole, the Bat and the Shrew tells the story of Pedro Perdomo Pérez, spokesman at the Casa del Pueblo in Las Palmas de Gran Canaria in the early days of the 1936 military coup, when he went from target to fugitive to mole for the repressive Franco regime. After 33 years in hiding in La Isleta, sheltered by two of his sisters and protected by an amnesty, he re-emerges into society at the dawn of the Transition.

This Canarian theatre company was founded 36 years ago. The company has created 28 plays, all of which are reflective and critical, exploring modern-day society in a poetic, gently humorous manner with performances filled with passion and truth.

Appropriate for 15-year-olds and upwords.