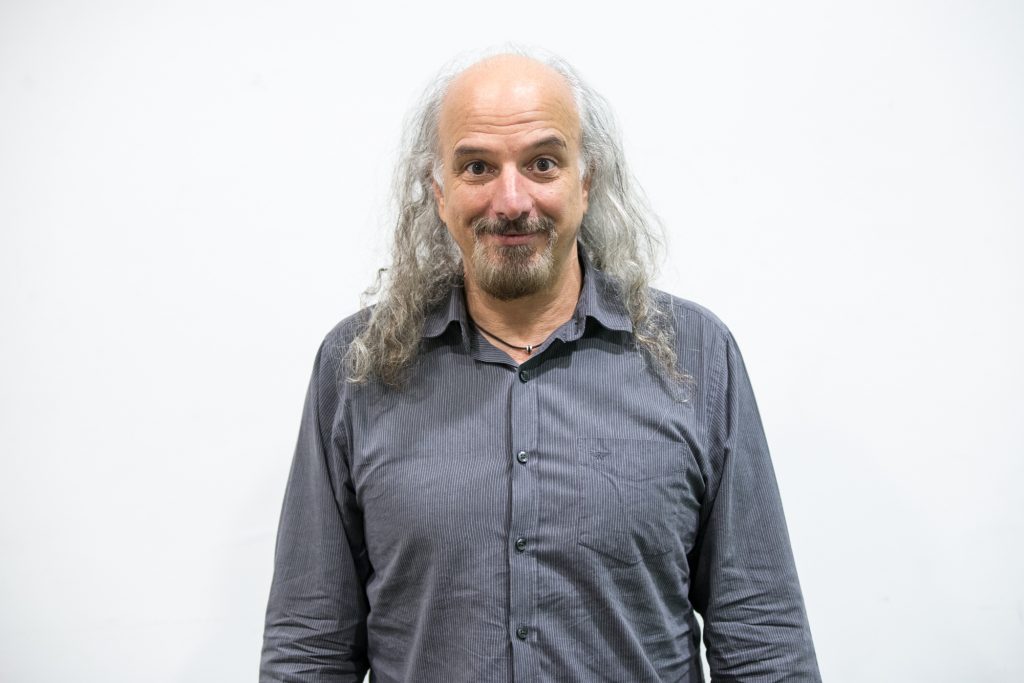 A chat with Marcelo Bones. Theater director and with positions of responsibility in the cultural policy of Brazil, believes that MAPAS is "creating another way of relating and intervening in art."

A Brazilian who has lived and who lives the performing arts from all possible angles (acting, directing, teaching, management ...), a person convinced that companies and producers have to bet on training so that their work can go out to new markets and consolidate.  He is in Tenerife (Canary Islands) giving a cycle of free workshops within the framework of MAPAS, Mercado de las Artes Performativas del Atlántico Sur that next July will place Tenerife at the epicenter of live arts in southern Europe, Africa and Latin America.

Question (P). Why is the training of artists, companies and producers important to internationalize the performing arts?

Answer (P). It is important to have specific training to face business events, fairs or markets. They have very short times to talk with the programmers and be able to tell what we do, and for this it is important to plan how we are going to do it, it is essential. This training will give us the possibility to do it effectively, so that it can be a generator of tours, exchanges or productions.

Q. What are the common weaknesses between artists and companies?

R. Normally, companies worry little about planning these topics, since they believe that simply talking to a programmer he will be delighted and will hire us on a tour, but reality shows that this is not the case. A meeting in a market, an appointment or an interview are the beginning of a professional relationship and this cannot be left to chance. We have to be very clear about our objectives.

Q. How are the workshops you are teaching structured?

A. It is about tutoring Canarian groups through meetings of an hour and a half, in which their work structure is discussed, what materials they are preparing for their appointments with the programmers ... Then, in May, we will have a new meeting via telematics, where I will make contributions about their work, and before MAPS, we will meet again, to address the profiles of each programmer, each festival, each room. The goal is for them to be as well prepared as possible for the MAPAS business rounds.

R. Yes, it is an individualized accompaniment, which allows us to know their problems and vulnerabilities but also their strengths and strengths. And from there, design an almost exclusive strategy to address your encounters with programmers.

P. Given your extensive background in the world of performing arts, what do you think MAPAS contributes?

R. MAPS shows us a very interesting path, a path of encounter between three sister continents, but often with their backs to each other. MAPAS offers a possibility of exchange and integration through art between Latin America, Europe, mainly Portugal and Spain, and Africa, which are under a common roof.

P.  And what value do you give to the Canary Islands and Tenerife as the setting for this meeting?

R. It is curious how the Canary Islands, from its geographical position, has launched itself into this challenge, how from the vulnerability of these three continents we are creating a possibility of building another way of relating and intervening in art. MAPS and the Canary Islands play a fundamental role in bringing these three continents closer together and, through art, uniting their peoples.

The artists, companies and producers who will benefit from this training offer from MAPAS for the performing arts with Marcelo Bones are: Yiyolo Stratto, Bolina Puppets, Zálatta Teatro, Obdulia Busto, Patri Rivero, Karmala Cultura, Insularia Teatro, Impulso, Juan Mesa and he will be it was El Baifo, Agua y Limón Producciones, Socos Dúo, Abubukaka, Morfema, La República and Burka Teatro.

Bones is theatrical director, programmer, consultant and advisor to important Brazilian theater festivals and coordinator of the Observatory of Festivals, for Brazilian theater development. Between 2009 and 2011 he was director of performing arts of the National Endowment for the Arts of Brazil (FUNARTE) and between 2015 and 2016, he was responsible for the theater area of the National Policy of the Arts of the Ministry of Culture of Brazil.

He is the founder and director of the Grupo de Teatro Andante de Belo Horizonte, the city of whose International Theater Festival he has been coordinator and artistic director. He has been a professor of theatrical interpretation at the Palacio de las Artes de Minas Gerais, one of the largest cultural centers in Latin America. He participates in the Porto Alegre Street Theater Festival or the Sao Paulo Latin American Theater Festival, and is executive director of the Meseta, Theater Internationalization Platform.