Adriana Moscoso: "MAPAS is a unique market for uniting the music industry of the South Atlantic" 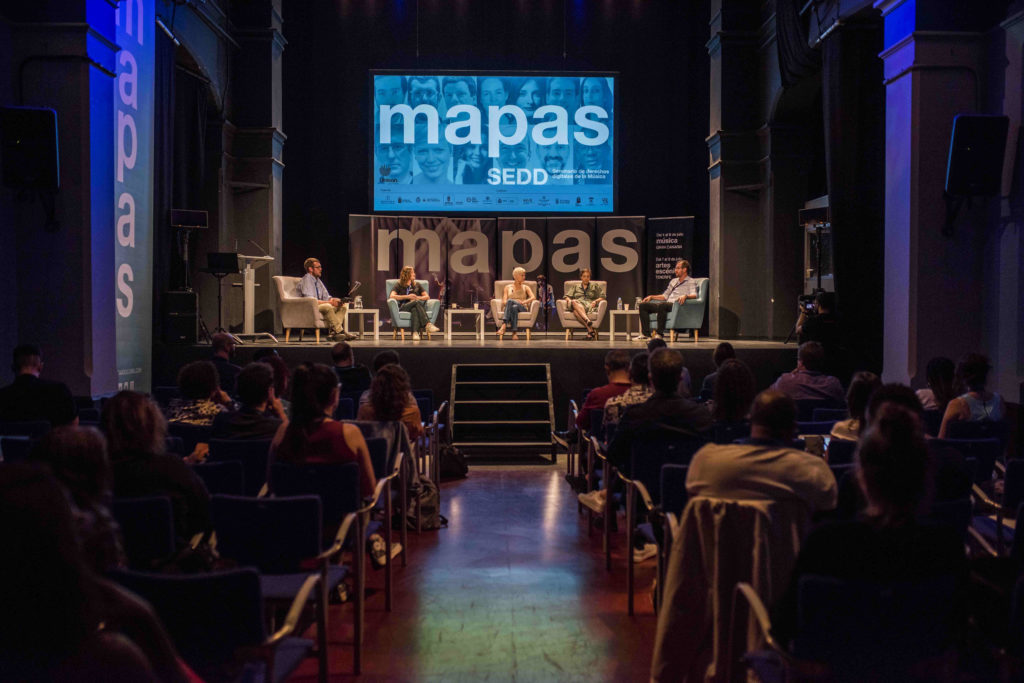 The general director of Cultural Industries, Intellectual Property and Cooperation of the Ministry of Culture and Sports of the Government of Spain, Adriana Moscoso, has highlighted the unique character of the Mercado de las Artes Performativas del Atlántico Sur, MAPAS, and its status as a professional platform for the internationalization of cultural industries. “MAPAS is a unique market for uniting the music industry of the South Atlantic”, said Moscoso at the inauguration of the first Seminar on Digital Rights of Music (SEDD), with which MAPAS Mercado inaugurated this Monday, in the Insular Theater Hall, in the capital of Gran Canaria, its fifth edition. 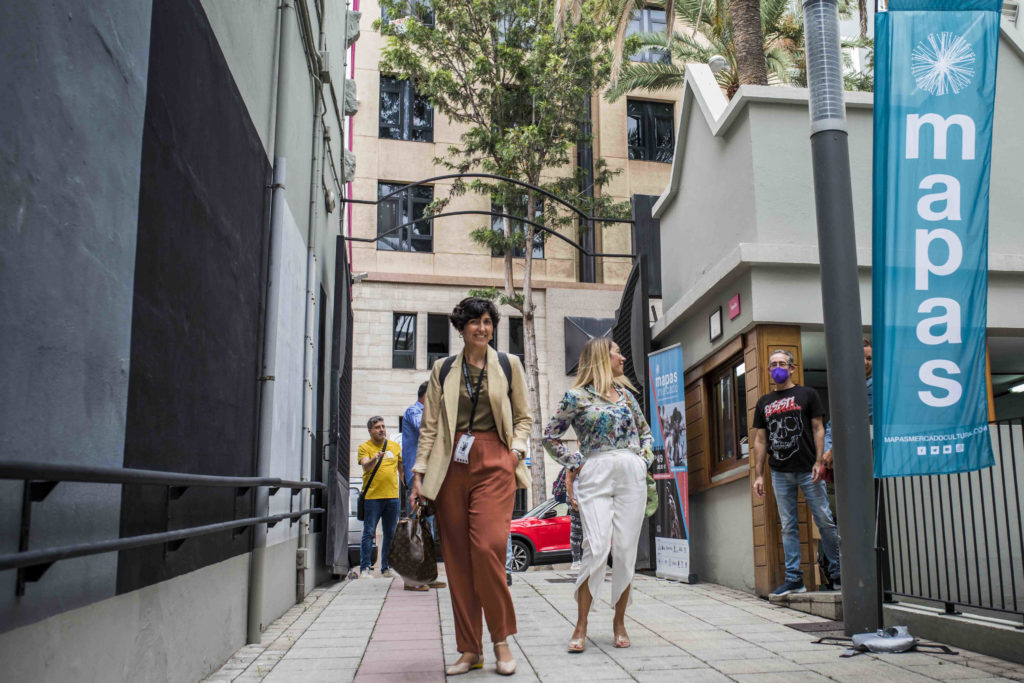 This Seminar is the starting point for the fifth edition of MAPAS, the second with a regional structure, in which Gran Canaria will host the professional part dedicated to music, to move to Tenerife from next Thursday 7th and until Saturday 9th July, where the performing arts have a leading role, both in terms of the professional market, artistic shows and other activities related to the sector.

Adriana Moscoso, general director of Cultural Industries, Intellectual Property and Cooperation, highlighted in her speech the particularity of MAPAS for “uniting three continents, something that is not usually found in this type of professional meeting. We believe it is very important to support this type of initiative that allows the development of the cultural industry and that connects professionals in this field, generating opportunities so that our musical ecosystem can be strengthened”.

Moscoso spoke of an absolute paradigm shift that “requires the commitment of public administrations to the protection and promotion of creation”. In addition, he announced the creation of a new Spanish office for intellectual property rights "to assume new powers and for Spain to be present in legislative decisions in this area in the global context."

The general director of Cultural Industries of the state government is clear that “access to a legal digital supply of content is a permanent demand in our societies that expands to other sectors. We saw it in confinement ”, he reaffirmed. He also advanced that "issues such as artificial intelligence are posing new dilemmas from the perspective of intellectual property."

For his part, Octavio Arbeláez, artistic director of MAPAS, presented the Seminar on Digital Music Rights as “an update on this new changing reality that is transforming at a dizzying pace, especially in the music industry. These changes have forced us to readjust ourselves from the point of view of thought and intelligence in the cultural dimension”.

The last to speak at this inauguration was Jordi Puy, CEO of Unison. He spoke of the need for training and exchange in this seminar. "The objective is to share knowledge with all the world experts that we will have here and strengthen ties between the continents," he explained. Afterwards, Puy continued with the first pitch of the day on Unison's experience as a company in charge of managing music rights.

The first table of the day dealt with Platforms and territories addressing the particularities and trends of content in Africa and Latin America and Southern Europe. Gabriel Llano (Tiktok Latam), Indre Boaretto (Deezer), Kirstin Moffat (BMAT – Music Innovators) and Gillian Ezra (Simfy Africa) presented their experience to the specialized audience at MAPAS. The table was moderated by David Serras from UNISON.

The second pitch featured Capasso, a copyright and licensing agency in South Africa. Jotam Matariro, general director of the South African agency, explained how they work in one of the most important entities in the field of copyright on the African continent. Matariro was also at the following table: Following the money... How are my digital rights managed, who is responsible, and what does the future hold? Matariro was joined by Solange Cesarovna (Cape Verde Music Society – SCM), Gustavo González (Abramus) and Cristina Perpiñá-Robert (CISAC).

Gustavo González, from Abramus (Brazilian Association of Music and Arts), began the third and last pitch of the day by introducing the Latam market. Then began the third table under the title Web3: the present and future of non-fungible tokens and digital property. During the meeting, the emergence of NFTs, their characteristics, their application in musical assets and their impact on copyright management were discussed. José Manuel Person (Larrosa Music) and Miguel Tolosa (OffBeat) participated in this last table, moderated by Jordi Puy (Unison).

This first day of the fifth edition of MAPAS concluded with networking The Wrinkled Dad. In this meeting, seasoned with typical Canarian products, programmers from the seven islands had the opportunity to meet with international programmers and distributors. 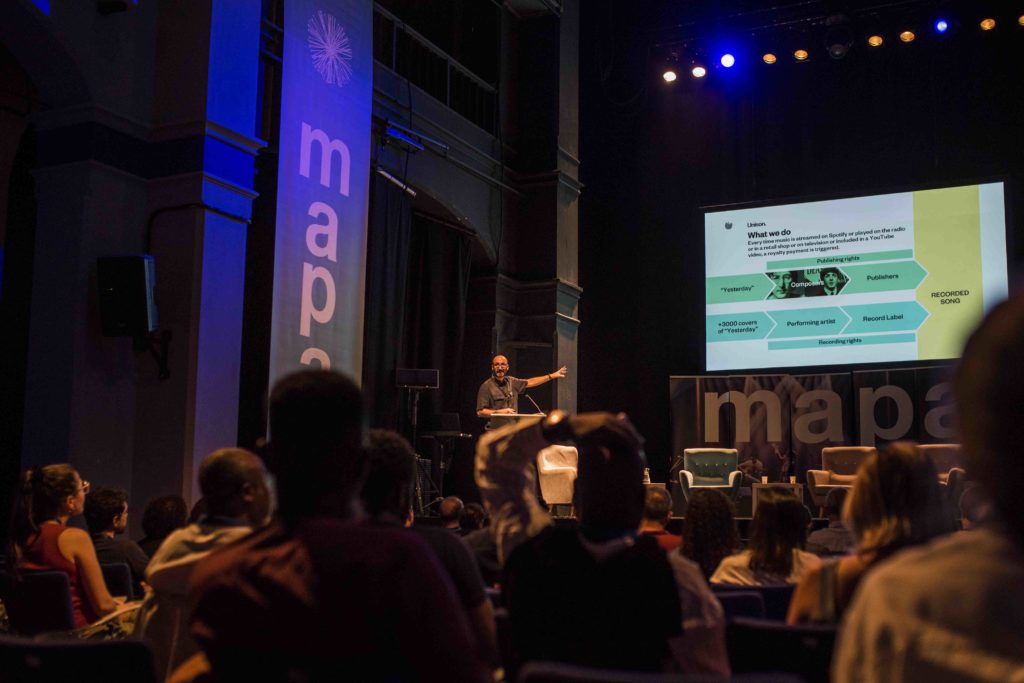 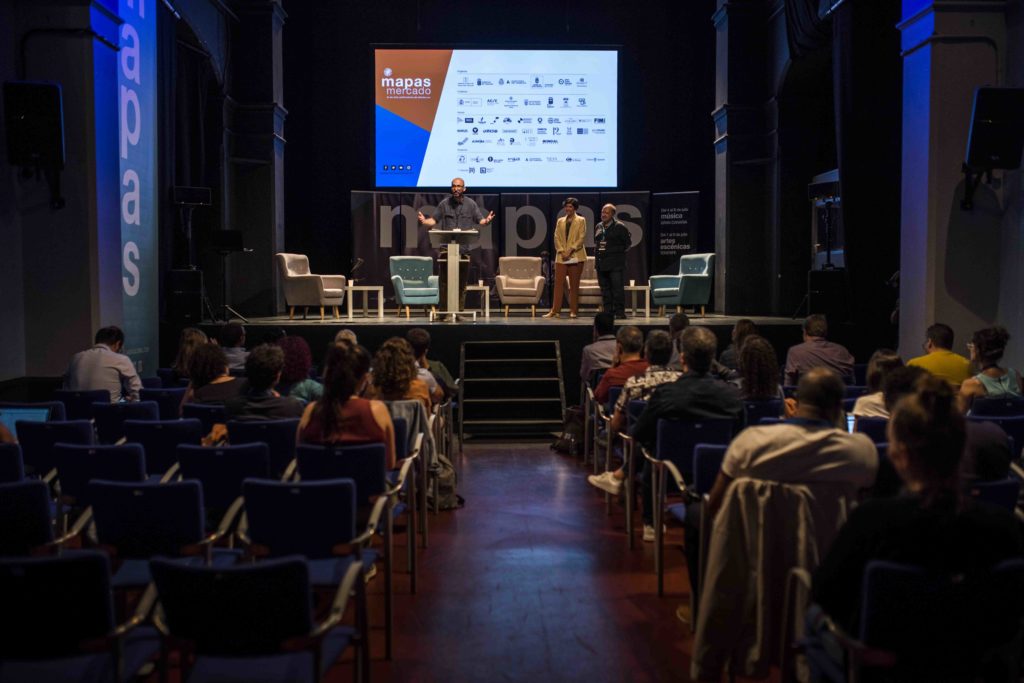 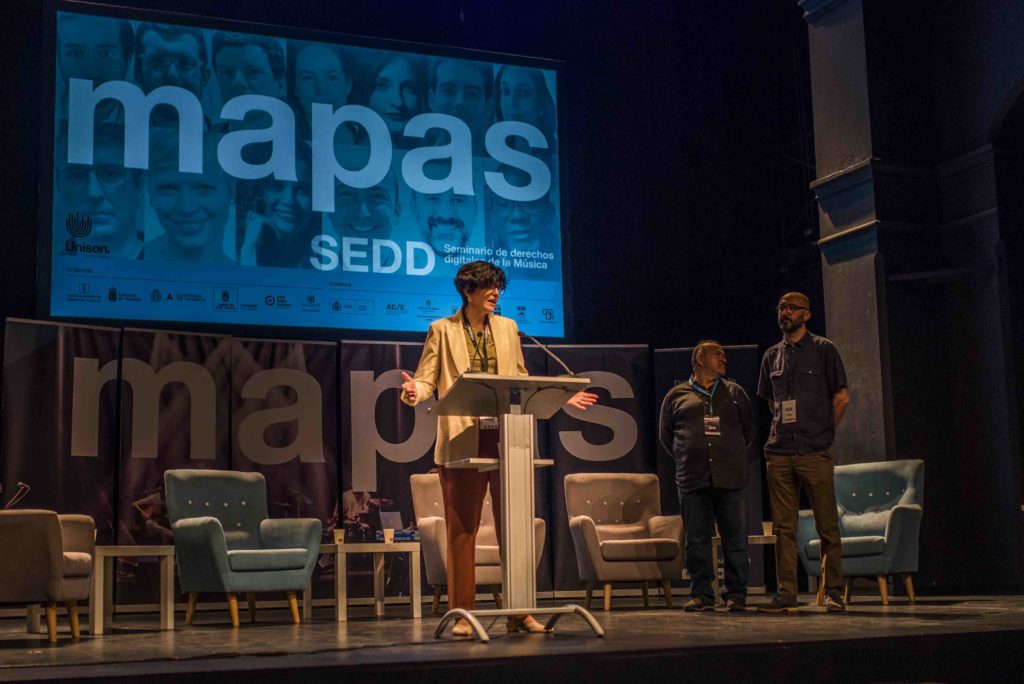 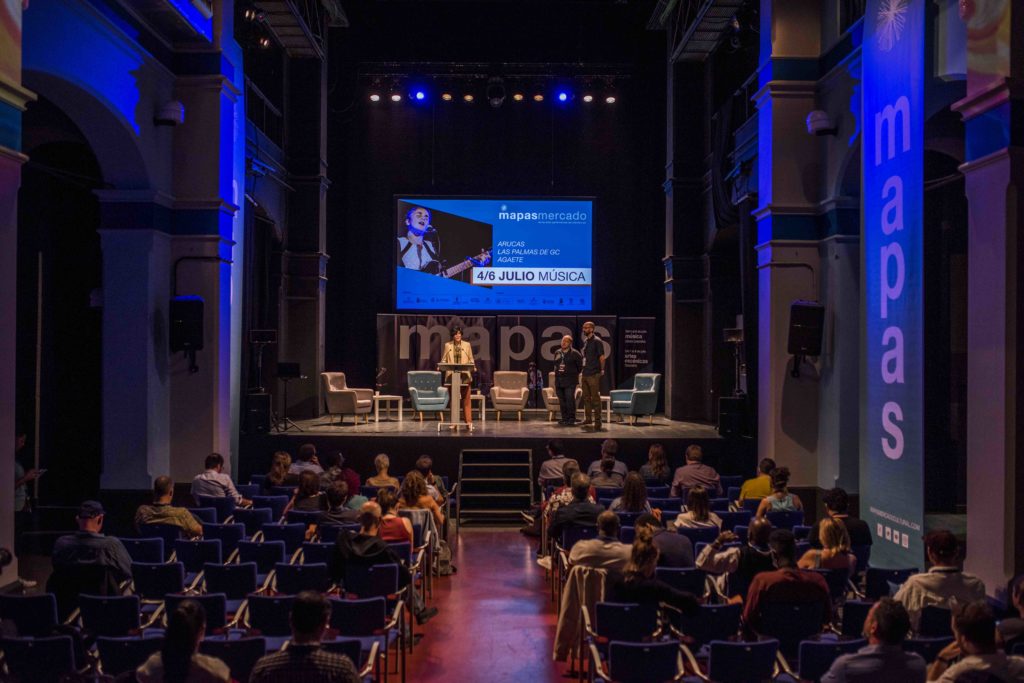