The fourth edition of MAPAS receives applications from 2,286 artists from 71 different countries

At the close of the application process for the fourth edition of MAPAS, the Performing Arts Market of the South Atlantic, 2,286 applications from 71 different countries across Latin America, Africa and Southern Europe have been received from artistic groups and management, booking and distribution agencies working in the performing arts. That’s a 161.6% increase compared to 2019. On 8 April, we’ll be publishing the results of the process to select the artists who’ll participate in the 2020 edition of the market, which will be held in Santa Cruz de Tenerife from 9 to 11 July. 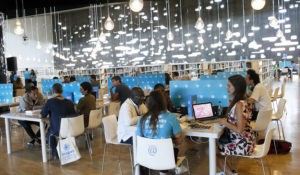 MAPAS 2020 also received a total of 75 applications from another 11 European countries, including Cyprus, the Netherlands, Switzerland, Austria, the United Kingdom, Bulgaria, France, Italy, Czech Republic, Greece and Sweden, as well as 21 applications from other parts of the world, such as the United States, Canada, Australia, Guadalupe, Israel, Taiwan and Japan.

With regard to the different disciplines, the majority of the applications were from music groups (1,542 applications), an increase of 214.6% compared to 2019, while 744 applications were received from performing arts groups, an increase of 29.3% since the last edition. Meanwhile, management, booking and distribution agencies in the performing arts sector also showed an interest in MAPAS, with 99 proposals from 19 different countries.

The international prestige of the Performing Arts Market of the South Atlantic in the cultural sector was reflected online and on social media, with a significant increase in user numbers and interactions from a variety of countries. In the last two months, the website www.mapasmercadocultural.com has received around 30,000 visits from 133 different countries. The MAPAS Facebook page has 9,280 followers, 29% more than it had a year ago, and 190 private messages have been received during the application process; on Twitter, MAPAS has 2,135 followers (+13.6%) and on Instagram, it has 8,282 (+35.9%).

The organisers of MAPAS, the Cabildo de Tenerife, unahoramenos and Circulart, are doing everything they can to ensure that the fourth edition runs to schedule. They’re also working on a programme that will boost the island’s reputation as a platform for international networking in the performing arts sector.